Also, should the Bs trade Lucic for Simmonds?

It’s hard to love much about a rival. But when two teams are so similar, it’s hard to not see your players in theirs. And therefore, impossible to not compare your players to theirs. That’s why I’ve concluded…

…is the solution to the 1st line right shot.

On the scale of power forwards wearing the number 17 on their sweater, Wayne Simmonds of the Philadelphia Flyers isn’t far behind Milan Lucic. While he’s not as strong of a fighter and is smaller in build, the former L.A. King is a physical presence that goes to the net, finishes checks, and has no fear of dropping the gloves when necessary. When you take into account his contract—signed through 2018-19 at only $3.975mil per season—he is a bargain compared to Looch’s $6mil figure. Simmonds came into the NHL a year following Lucic, and his game has improved steadily over the last few seasons, with a career-high 60-point year in 2013-14, including 29 goals, 15 of which came on the powerplay. His "up-down-up" progression in the first few years of his career was almost identical to Lucic in terms of point production. 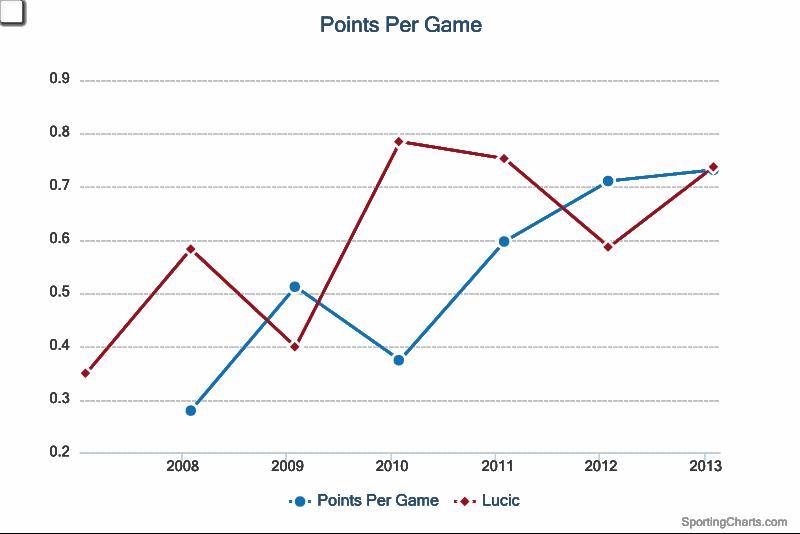 While Lucic had his breakout season a little earlier in his career, he’s steadily declined since. Simmonds has been climbing. Wayne the Train is putting up comparable numbers with less experience, and all while on the Flyers’ 2nd line. 11 of Simmonds’ 29 goals (about 38%) came with the assist of Claude Giroux, who was playing on a different line. In comparison, Lucic needed David Krejci for 17 of his 24 goals, around 71%. Imagine what Simmonds’ production would look like if he was on a line with Krejci or Giroux, instead of Sean Couturier.

I’m not saying to dump Lucic. But if you’re loaded with lefties, need to have a bruiser on the 1st line, and Lucic is in the last year of an overpaid contract? Simmonds might be your answer. Granted, Lucic is still really good, so you probably don’t want to give him to the Flyers. Who’s up for a three-way trade?

And, on the contrary, there are still reasons to loathe the Flyers.

Could it really be anyone else?

After the Bruins swept Montreal in the opening round of the 2009 Stanley Cup Playoffs, Ryan White was the solution to the Habs’ "team toughness." White, the true definition of a goon, has been in and out of the lineup since coming up, and had a career high 6 points in 2013-14. Last year was the first season he didn’t average more than one minute of penalties per game.

Luckily, he’s equally as awful against the Bruins. In 8 career games, White has 1 assist and is a -4, with 22 PIM. He’s also known for losing fights to Adam McQuaid.

When he’s not not scoring, he’s running players on the opposing team. Whether it’s dropping the gloves to mug Steve Ott, or dropping the gloves to mug Tomas Fleischmann, he wastes little time throwing punches before his opponent can even get his gloves off. He’d be Matt Cooke 2.0, if his skills weren’t so bad that it’s literally unjustifiable to dress him for more than 60% of the games. And when he can’t overreact to hits and get instigator penalties, he’ll sneak in a shoulder to the head.

So thank you, Ryan. Not only are you out of the division, but you now add some true hatred to a team I was starting to have an affinity towards. See you opening night. (Well, probably not).