The Unlikely Hero: A Tribute to Ace Bailey

"So important to our team."

Share All sharing options for: The Unlikely Hero: A Tribute to Ace Bailey

So read the May 1, 1972 Boston Globe headline of the article that recapped the Bruins 6-5 win over the New York Rangers in game 1 of the 1972 Stanley Cup Final. Bailey's contribution allowed the Boston faithful to breath a sigh of relief--the Bruins had just blown a 4 goal lead, after all--but it didn't come from an entirely expected corner.

When people think of Bailey, they are more likely to think of personalities than goals. Thus, the guessing as to who would be the Bruins hero went something like this: Bobby Orr, 50 percent; Phil Esposito, 49 percent; the rest, one percent.

Garnet Edward "Ace" Bailey won two Stanley Cups for the Bruins, in 1970 and 1972. After being drafted 13th overall by Boston in 1966, he went on to wear the black and gold for 5 seasons, going 31-46-77 during that time, including the game winning goal described above. 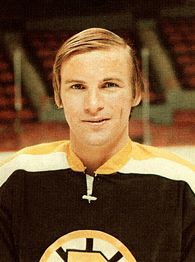 His other accomplishments are well known -- he later played for the Red Wings, Blues, Oilers, and the very first Washington Capitals team. He scouted for the Oilers for 13 years, and was the director of pro scouting for your Stanley Cup Champion Los Angeles Kings when he lost his life in the terrorist attacks on September 11, 2001.

In the aftermath of the attacks and in the years since--especially after the Kings won the cup in 2012--many moving and wonderful tributes have been written about Bailey and fellow Kings scout Mark Bavis, who also lost his life in the attacks. Read them, they are inspiring and heartbreaking, in equal measure. This year, on the anniversary of September 11th, we at Chowder wanted to continue to honor his memory by remembering his days as a Bruin, days like the one where he became an unlikely Boston hero:

The Stanley Cup playoffs have a way of producing sudden heroes, and the Bruins were very fortunate to come up with one in yesterday's opening game of the final series against the Rangers at the Garden.

The Savior this time was 23-year-old 'Ace' Bailey who swept in on Eddie Giacomin to hit the target with a high back-hander at 17:44 of the last period and rescue a 6-5 victory.

But perhaps it was Bobby Orr who put it best in 2010 when he thanked Bailey's widow, Kathy, at the unveiling of the Orr statue in front of the Garden:

"Ace was a special guy," Orr said, "and so important to our team."

To those Bruins teams, and to every team he played and worked for, in fact. You are missed, Ace. 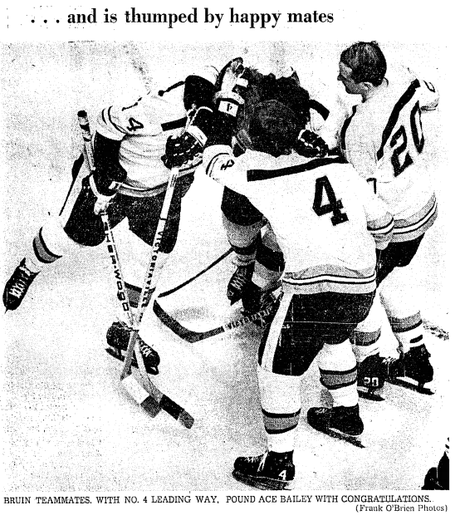