Rival Site: Winging it in Motown

If a hockey game is played but isn't broadcast anywhere, does it make a sound? What?

Milan Lucic may get into his first preseason game tonight, so that's cool. With Niklas Svedberg going the distance last night, logic dictates Tuukka Rask, Jeremy Smith or Malcolm Subban will be between the pipes tonight.

What else? Looks like His Name is Jonas will be between the pipes for the Red Wings, who will also have Henrik Zetterberg and Gustav "What do you mean my shooting percentage is unsustainably high and I'll come back to Earth?" Nyquist in the lineup.

Hey, remember that playoff series last spring? Yeah, that was a fun one!

Tuukka Rask gave no shits about someone throwing an octopus at him (via NESN). 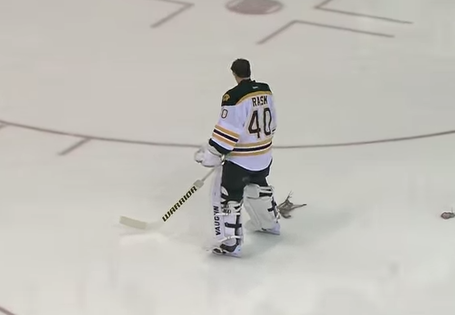 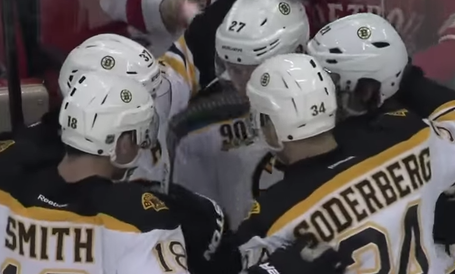 Yeah, that was a fun series.

We'll update this post if any broadcast links become available.