Four members of the Boston Blades participated in the 2105-16 CWHL All-Star game in Toronto.

The CWHL held its 2015 All-Star game Saturday afternoon in Toronto. The game split 34 of the CWHL's best players, including four members of the Boston Blades, against each other in a lively, and skilled competition. The teams were split under Captains Natalie Spooner, from the Toronto Furies; and Julie Chu, from Les Candiennes de Montréal.

Paying fans were here and they were fans that were making a huge statement that they were going to support the growth of women's hockey. - Brenda Andress

CWHL Commissioner Brenda Andress commented on the enthusiasm and passion of the fans attending the game "We actually had over 6,000 paying fans, which makes a huge statement for us." Last year admittance to the CWHL All-Star game was free. This year tickets were on sale for $10, with discounts for groups. "Our game is phenomenal for family entertainment. You can't get better family entertainment for $10.00 anywhere" Andress added.

Asked about the thousands of young hockey playing girls in attendance Hayley Wickenheiser noted the importance of having them attend this game "[They're] the next generation of the game, and so it's important that they have a good experience when they come, and that they see the skill side of the women's game that we want to showcase." 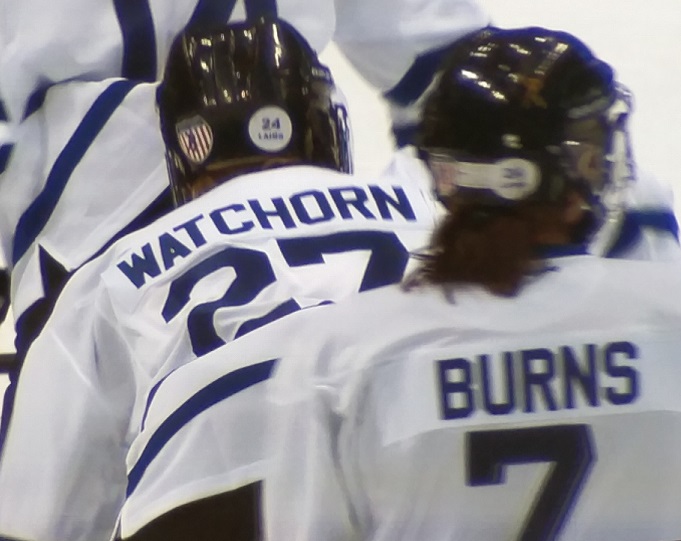 The team selections took place at a Friday night soiree in a Toronto hotel. The Blades' Tara Watchorn, Dru Burns, and Genevieve Lacasse were chosen to play with Team White by Captain Spooner. Kristina Brown was selected for Team Black, under Captain Chu. The players wore "24" decals on the back of their helmets in support of Deena Laing.

Team White kept the pressure on for the first half of the first period, including getting a chance for a penalty shot, but they couldn't put one past Kessler. Half way through the first period Marie-Philip Poulin put Team Black on the board with the first goal of the game.

The teams swapped goalies in the second period, with The Blades' Lacasse taking the net for Team White. Team Black's Poulin would end up scoring her second goal of the game, and her teammates would get two more in the period. The Calgary Inferno's Jessica Campbell would finally respond for Team White, taking advantage of an out of position Brian, to put Team White on the board.

In the third period Team Black's Laura Fortino took a hooking penalty, but Team White was not able to convert on the power play. Kim Deschenes scored a final goal, sealing a 5-1 victory for Julie Chu's Team Black.

It was fun to score. In these games that's what people come to see: lots of goals and lots of plays. - Hayley Wicenkheiser

Post-game the Commissioner praised the leadership of Blades' General Manager Krista Patronick "I can't even say how phenomenal a job she's has done... she stepped in to a very difficult situation and it's like she took up arms and said 'I'm going to make it successful', and she's done it." 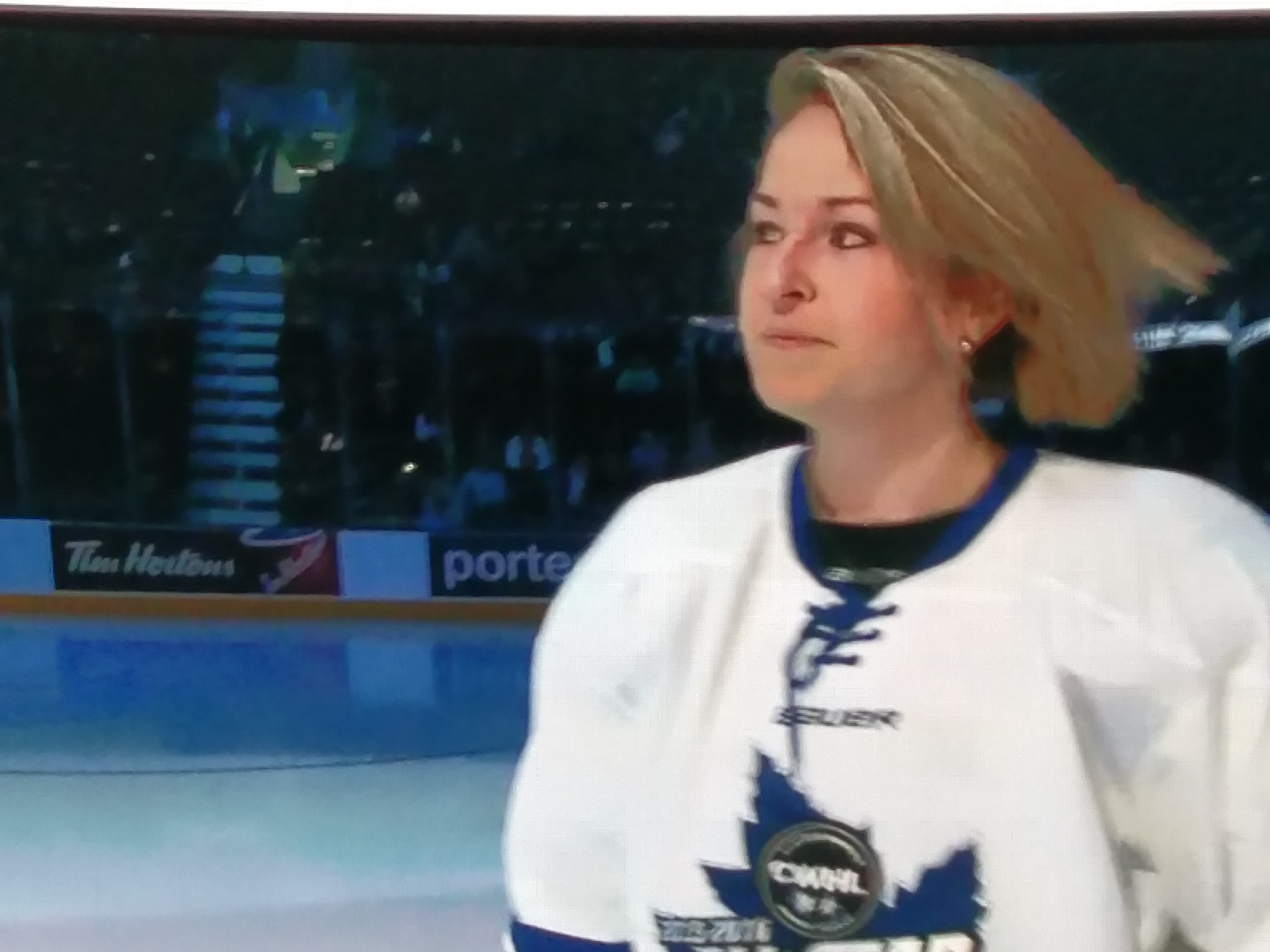 Andress was asked about the future of Blades captain Tara Watchorn, who is in her last year of grad-school in Boston, but demurred, pointing out it was ultimately up to her: "We don't know what Tara is going to do. She loves what she's doing and she loves that team." Andress praised the coaching and team for their work under difficult circumstances of the past year. "I think the Boston team has been so well at building a community ... one person leaving doesn't affect the team."

Finally, Commissioner Andress confirmed speculation that the CWHL playoffs and Clarkson Cup Final will be held at the Canadian Tire Centre in Ottawa this March; a big move from the smaller arena in the Toronto suburb of Markham where they have played for the past three years. The Clarkson Cup Final weekend will start Friday March 11 with a skills competition. Saturday March 12 will be a community day, and the Final will be on March 13.