Masterton award nominees are trickling in this Monday morning. Today the Boston chapter of the PHWA announced that Jonas Gustavsson will be the Bruins' nominee for the award.

Jonas Gustavsson is the Masterton nominee for the Boston chapter of the @ThePHWA.

Gustavsson has struggled with heart issues for his entire career, most recently in January, when he was taken to the hospital mid-game for an elevated heart rate. Despite this issue, he's made 22 starts this year and holds a .911 save percentage, along with a serviceable 11-7-1 record. There really is no one else on the Bruins who comes close to exemplifying the qualifications for this award.

The Masterton award is given to the National Hockey League player who best exemplifies the qualities of perseverance, sportsmanship, and dedication to hockey. One nominee is selected by each team's local PHWA chapter.

As a reminder, the Boston chapter of the PHWA looks like this: 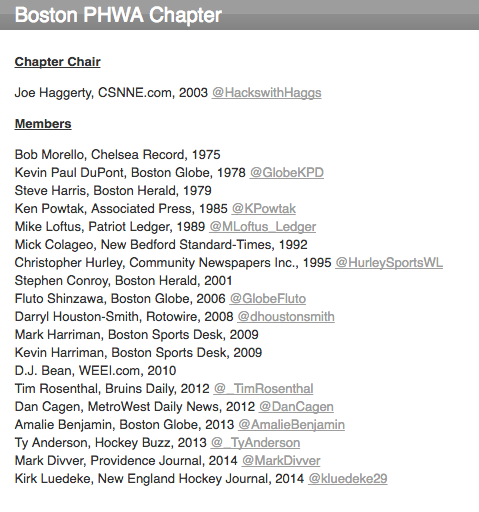