Promise and power, all the hallmarks of a great season had by a great rookie.

Share All sharing options for: Frank Vatrano's 2015-16 was full of promise, and tons of shots

A Massachusetts born, bred, schooled, and eventually pro-hockey trained FA from Umass-Amherst signed on a free agent deal in early 2015. Little did we know the Bruins had stumbled upon one of the more dynamic forwards to play hockey for them. He was even allowed to show his stuff on the main roster for the Bruins for 39 games. And he made the most of it, looking like an absolute monster in the time he spent there.

Frank Vatrano got to where he was because of one thing: His shot, and his shots. Frank Vatrano was like an artillery cannon...no, those can't fire enough at once....Frank Vatrano's sheer shot power is more like a Baneblade. 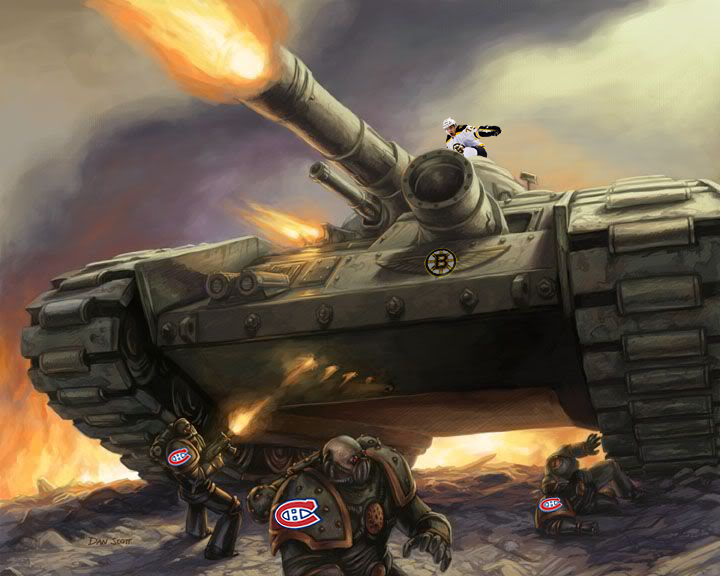 A city block wide, 11 barrels of death having, biggest-boom-for-your-dollar creating monster of cannonfire that seems to encapsulate Frank Vatrano's strengths into one hilariously simplified fashion. There is a thing that needs shooting, we would like to shoot it with all the shots we can possibly muster in the world. We're going to keep shooting at that thing until it's no longer a problem. Then we're gonna move on. Frank Vatrano in a nutshell.

Indeed, and while he only managed to stick around for just under half of the season, he returned to Providence and REALLY shone.

For perspective, he played about 36 regular season games for the Providence Bruins. In every single game he played, he received a point, and more often than not a goal. If not more than one. Players like Frankie V are the ones you want to treasure, hide from other teams. And I'm glad the Bruins managed to find such a bright spot out of the NCAA so quickly.

On a ELC, he has two more years left before he can receive a big boy contract. And with his skills so far, I for one am eager to see where this goes for him. 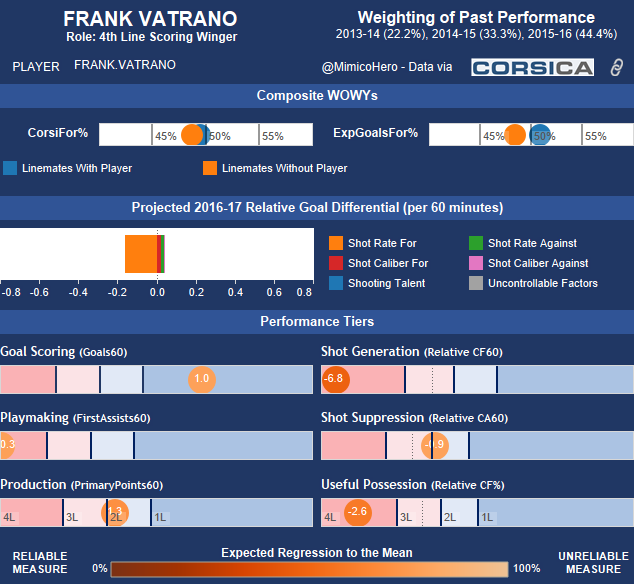 Now here comes the dirty little secret of Frank Vatrano, and it's the reason I put his criticisms here instead of in the eye-test/analysis-of-play portion:

He's not all that good of a possession player.

Sure, he can suppress pretty well, but on the whole for a player who loves to create shots, shot/goal opportunities and goals he was not playing very well on the "keep the puck to shoot it" portion of his game. Granted, because of injury and awkward positioning at wing, Frank spent a lot of his time playing with players who were uh...not great, or played a purely defensive game. Not exactly conducive to what you want in a player like Frank. Nevertheless, Frankie is seemingly very good, and this kind of line is sort of unbecoming of him. Hopefully it's just a blemish because of his linemates, but he does need to pick this up in 2016-17.