The Legend of David Pastrnak continues in 2015 and onward

Share All sharing options for: The Legend of David Pastrnak continues in 2015 and onward

David Pastrnak is my favorite hockey player for a litany of reasons. Because he was good at his job again I get to talk to you about that.

Pasta's time here in Boston has been a consistently exciting one, watching a player (I hope anyway) become the next big scoring winger that everyone knows and talks about has been a real fun time.

And how did he get here? Simple.

A stereotype of the modern player of Pastrnak's size is that they tend to avoid contact and anything resembling physicality. They're too small or too scrawny to mix it up and get involved.

David Pastrnak does not fit this stereotype at all. In fact, David Pastrnak went around breaking records in terms of age. First teenaged Bruin to score a game winner in OT. Youngest to score a penalty shot. You name it, he was after it.

Often noted early on in his career as a Bruin for charging the net whenever he could, David Pastrnak's skillset has evolved in the NHL to include a true lack of fear of being pushed over, knocked down, shoved, and getting right back up. To compliment this, Pasta's skills on the ice are on the level of any 1st and 2nd line player in the league. At age 20.

The only major drawback that has been the rest of the NHL's salvation from a full year of David Pastrnak (which will be absolutely GLORIOUS to see) is how the Bruins have handled him, and an injury...plus how the Bruins handled him after that. After his first year, it was abundantly clear he was just too good to keep in Providence for a prolonged period of time...but they didn't want to burn that third year of his contract...but he was STILL way too good to play in Providence. Promotion to the big club got him rolling early in 2015, but then disaster struck when he got a foot fracture.Around the time he was slated to come back, he was up for being part of the IIHF World Junior Championship, and he went there...and got hurt again. The Bruins eased him slowly back into the roster, where business continued as usual for him, being fast, being skilled, being eternally chipper, and gaining a two-way game in under a week.

Wait, what was that last thing?

It's true, and in many cases it became one of the bigger facets of what made him so valuable down the stretch. Pastrnak received a day-to-day sort of injury that required him to be out over a weekend stretch, and one of the most bizarre and immediate transitions occured. He went from just being a scoring winger to a guy who could not only dazzle on offense, but make incredible defensive decisions when the situation called for it.

Does that mean he was great at defense? Eh, he was in n' out.

One thing people came down on him hard for was "giveaways", or making errant passes a lot, in essence, forcing a play that wasn't there. One could make a solid argument that many players in the organization were paid more than he was and made more egregious turnovers by just standing in place, but a player like Pasta who ends up controlling the play more often than not will need to work on that during camp and over the course of the next couple of years as he continues his development.

It's admittedly a small hang-up since a good player will end up trying to do the same thing over the course of a season (and won't get criticized for it), but it's still a facet of his game that needs polishing. And even then, as the Bruins began to become more desperate for points in March and April, he sort of had to take it upon himself in some cases to be the opening points of hope for the team, as the final efforts in April especially were fine examples. He actively needed to force plays because they sure as hell weren't coming from anybody else at that point.

And he's gonna get plenty of time to work on this particular facet in the offseason, specifically the World Cup of Hockey, since he is now one of the new golden children of Czech hockey, and thus has been at practically every international tournament the team is represented in. I know I'll be watching this tournament with a lot of interest in the Czechs because of it.

Pasta has become one of the more exciting examples of a young gun from the Czech Republic to take over the minds of the Bruins personnel and fans, and hopefully he is given a gob of cash and years to continue being THE LEGEND we here at SCOC know he is. 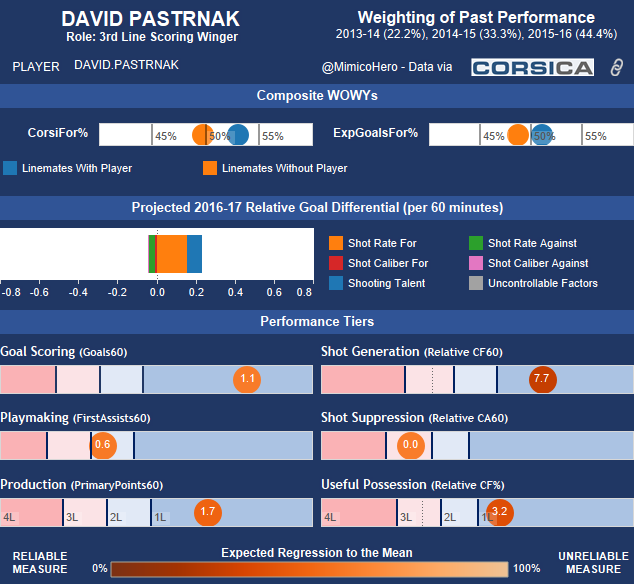 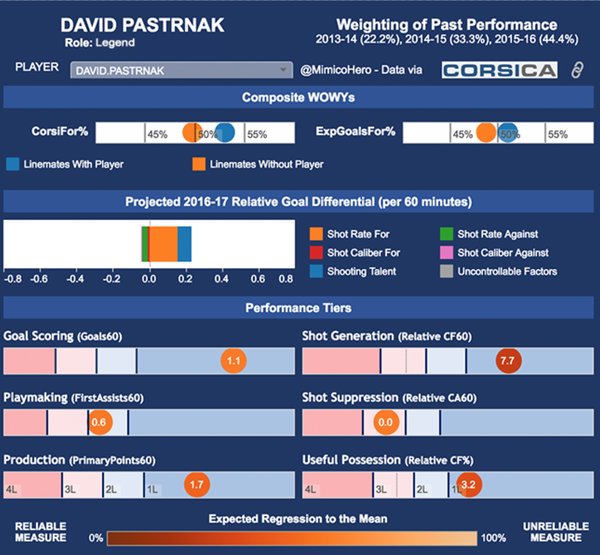 MUCH better. (Credit to CrzyCanucklehead for this shoop)

As you can see, Pasta loves to shoot and manages to stay afloat on keeping shots down, and his work makes the players around him look great. His CF%Rel is also a real encouraging thought, meaning hopefully he can become a multi-faceted tool in the Bruins arsenal for years to come.