A look in on how the Bruins have gone about playing this phenomenon.

Pokemon Go, for all it's simplicity, is actually pretty diverse in how you play it. You can sit around and wait for the characters to come to you, or canvas the entire north end in a day looking for Poliwag. It's a game that allows for so much interesting strategy on how you catch 'em all that we have to wonder how the Bruins have reacted to this particular game.

Well, thanks to some digging (and the slightly overzealous permissions asked of you by iOS), we've actually found out the strategies each player (and some FO Staff) has put forth into catching the initial 151.

Caught a Snorlax and a Chansey and called it there. They are basically defense incarnate. Has petitioned Nintendo of America to make his office a gym, but has received no response so far.

His team is the most bizarre thing to witness in person. It's a bunch of semi-legendaries followed up by a bunch of Magikarp he swears will be Gyarados at some point.

Caught all the best Pokemon within an hour of booting up the game. Is nice to kids but holds one gym close to his house that is all but impossible to beat due to his team. Is waiting patiently for the other Gens to be added.

Walks around catching Pokemon a lot better than other people, but is a royal asshole about it once he actually gets the catch. Has a team designed to get under your skin that he has spread throughout south boston. DO NOT ENGAGE

Is as excited about this game as he was in his youth when he first got Blue version. Is absolutely wandering around China miles outside Beijing looking for Pikachu.

Understated, but has found some really creative shortcuts to walking everywhere. Often passes off his phone so he can relax and let his buddies who don't have the game get a shot.

His kids play it, so he's mostly just being dragged around by them. He does keep an account to himself where he lies on the couch with an incense going.

Most assume he's caught a bunch of Golem, Machoke, and Rhydon because he's so BLUE COLLAR, but he's gone the extra mile to catch that one last Jigglypuff by almost biking into the craft beer stand in Barrie. He does however, like Sandshrew and has been training one obsessively.

The best way to learn Boston is to get lost in Boston. Also by using Pokemon Go's maps!

Has stayed in Dorchester, has caught a Krabby and renamed it "LOBSTAH" and has in general been naming the Pokemon he catches with the accent attached. Reading his list of caught is a cringe fest as a result.

Feels a spiritual kinship to the Alakazam he just caught, as they both shoot a lot and can't defend at all. 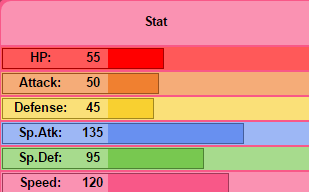 Prefers a bunch of very powerful Pidgeot. His explanation is that they're there to help him contribute in gym battles, not rule the day.

Likes Hitmonchan, and has been looming ominously over children looking to see if they've caught one before he did. If he sees your child DO NOT LET HIM KNOW HE CAUGHT ONE. JUST SAY THEY ADDED TRADING AND HE DIDN'T KNOW.

Ate his phone. Would have a Machoke if he hadn't done so.

Has formed a bizarre bond with an Oddish. Otherwise his team is loaded with ground types.

Has a Braviary. Which is not in the game right now. That is how american Torey Krug is.

Catches erratically and not all that fast, has stepped out into heavy traffic trying to catch a Magikarp.

I'm just over here playing #PokemonGO minding my own business... And someone's hacking my Twitter sendin out butt pics. Sorry to everyone!!!

Likes Graveler. Has only caught Graveler.

Has been responsible with the game, and has largely caught all the boring Pokemon. He also has more of the pokedex completed than most of the players on defense.

Instead of sitting up on level 9, NESN will follow Colin Miller as he catches Pokemon inside TD Garden in a series that will definitely fill some air time by something other than Charlie Moore!

Caught a Wartortle in a sauna in Helsinki. Has been bragging about the most finnish Pokemon capture ever to his buddies. Has been sitting in that sauna looking for more.

Is just happy to be in Boston again and has largely been refamiliarizing himself with the area by following Riley Nash around. Has a Cubone he's been training to hopefully have Marowak at some point.