The final day of the Round Robin portion of the tournament is here! And there are a lot of eyeballs on at least one of these games.

Share All sharing options for: World Cup of Hockey: Day 6 GAMETHREAD | Finland vs. Russia, and USA vs. Czech Republic

Where to Watch: ESPN, SN, TVAsports

Bruins Playing: Tuukka Rask could be in net for Team Finland

Finland is out. They have nothing really to play for.

...Unless they like Team North America. In which case they have everything to play for.

See, Team Russia, while having been trounced once, was able to bounce back to make a game out of playing Team North America, and now they're stuck. They need to win this game. Anyway they can. Doesn't matter how. Finland meanwhile has been knocked out already, but they enjoyed how they played and believed that both Teuvo Teravainen and Patrick Laine are the guys that could put them over on Russia. And make no mistake. While Finland doesn't like Sweden, they really don't like Russia, and the idea of torpedoing their chances of winning a plastic trophy going to the semifinals sounds like a great final middle finger to Russia as they leave the tournament. If you happen to like Team North America, this is the game to watch.

The Finnish lines are here, with Teravainen expected to take a more active role. Their starter should be Tuukka Rask.

The Russian lines are here, and the expectation is that Sergei Bobrovsky will be their starter.

Where to Watch: ESPN2, SN, TVAsports

Bruins Playing: This will be the last time before preseason or training camp that you will be able to see David Backes or David Pastrnak, who will be playing for USA and Czech Republic respectively.

The USA went from possible unlikely favorite to laughingstock of the tournament within a week. Everyone has been clowning on them: 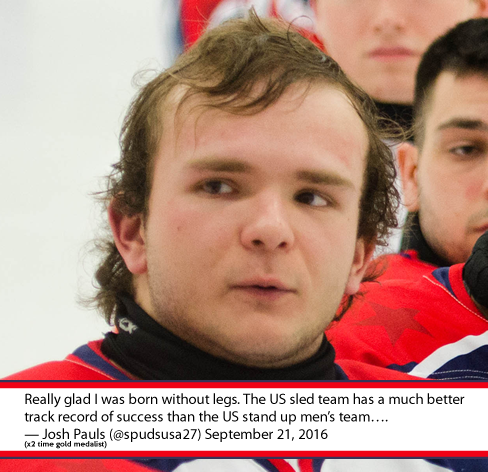 Just sitting around the house tonight w my dog. Felt like I should be doing something important, but couldn't put my finger on it.

Which is not to say the Czechs are any better off. The Czechs came into this underdogs and they sure didn't make it seem like they were going to be doing anything else this tournament. They need a win, USA needs a win, and either side who makes it out will have serious questions about themselves regardless.

If you like schadenfreude? This is the game for you.

The Czech lines are here, and the starter is expected to be Petr Mrazek

The USA players are here. Don't bother assuming there will be a stable lineup. The starter will be Jonathan Quick because John Tortorella will ride this horse until it dies out in the middle of the sahara.