Quarter Season Review: A Look At Bruins Performance Through 20 Games

Let’s break down the Bruin’s first 20 games and see how they have fared through a quarter season.

Share All sharing options for: Quarter Season Review: A Look At Bruins Performance Through 20 Games

With Wednesday’s win vs. the Devils in the books, the Bruins have officially finished the first quarter of the 2017-18 season. Let’s take a look at what they did well and what areas still need improvement.

Of all the different parts of the roster, the forward core has been both the brightest and most frustrating at different times in this young season. While the Bruins management went into the season with designs on a small scale youth movement within their forward corp (Bjork, DeBrusk), significant injuries forced them to ice a staggering 8 rookie/AHL level forwards through 20 games.

Despite some of the young forwards finding their rhythm (Heinen, Bjork, DeBrusk), the team has clearly missed their ailing or injured veteran forwards. Through Wednesday’s match, the Bruins have missed 69 man games due to illness/injury, just within their forward corp. Of those man games lost, the majority have come from the top offensive producers in Krejci, Backes, Bergeron, Marchand and to a lesser extent, Ryan Spooner.

With all of these injuries, many of which overlapped each other, the Bruins have not been able to set up their preferred forward lines at really any stage, resulting in skewed offensive numbers and TOI amounts. From an offensive standpoint, the team has been carried by David Pastrnak (18pts), Brad Marchand (15 pts) & Patrice Bergeron (13 pts), but have had little depth scoring past those three. Depth players like Riley Nash (15:30 ATOI) and Tim Schaller (14:38 ATOI) are averaging significantly more TOI than in past seasons, as they are increasingly relied on in all three zones.

Overall, the heavy hitters have been as good as, or better than expected with an obvious nod to Patrice Bergeron doing an ungodly amount of work in all areas, even by his legendary standards. While more depth scoring from any of the bottom nine forwards not named DeBrusk, Bjork or Heinen would have been nice, given the lack of familiarity with line mates and higher quality of competition, the relative lack of production was to be expected. As valuable as a player like Riley Nash is to the team, he isn’t here to score and expecting him to score more when filling in as a 2nd or 3rd line center isn’t realistic.

Although much maligned last year, the Bruin’s defense has largely been a bright spot and steadying factor for a team that has lacked consistency through the first quarter season. While the defensive corp has had it’s own share of injuries (18 man games lost) it hasn’t been quite as bad as the forward corps. With a undervalued Kevan Miller playing both sides, the pairs have been fairly stable outside of the revolving third pair.

Chara and McAvoy have been a strong first pairing and have meshed well almost from the get go. Krug, although much better recently, was pretty horrid for a long stretch of games as he got back to full strength and back up to game speed. Perhaps an unpopular opinion but it seemed Krug also struggled to adjust to playing without his usual stay at home partner, Adam McQuaid. Since shedding the protective mask from a broken jaw, and stabilizing with partner Brandon Carlo, he has returned to the productive power play weapon fans expected him to be. Carlo has struggled at times in his sophomore season, both with his positioning and physicality, however that was to be expected when asked to anchor a pair with a high event player like Krug, instead of being sheltered by future Hall of Fame defenseman, Zdeno Chara.

To varying degrees, all of the top four defensemen have played to expectations, with Charlie McAvoy arguably exceeding expectations while playing a whopping 23:27 a night, good for second best on the team. Where things get less rosy is the revolving door of third pairing defensemen who have been tasked to replace Krug & McQuaid.

A combination of Paul Postma, Rob O’Gara & Matt Grzelcyk have appeared in 19 total games and have combined for literally 2 assists, a -5 rating and 2 penalty minutes. To say they haven’t gotten the job done is probably an understatement. Neither Postma or O’Gara have done enough to secure a roster spot, despite ample opportunity to do so. As outlined here, the Bruins defense has struggled with net front defense and will need to clean that up if they want to help out their goalies. This is an area where the team is missing Adam McQuaid, despite his offensive limitations.

Needs Improvement: The 3rd pair, regardless of who plays. The Bruins cannot continue to play Chara 24 minutes a night, no matter how inhuman he appears.

Here’s where things get really weird and where the power of small sample size really rears it’s head. So far this season career backup Anton Khudobin has routinely outplayed former Vezina winning goaltender Tuukka Rask, to the point where certain segments of fans and media are actually calling for a trade involving Rask.

When comparing the two head to head, Rask’s numbers are particularly glaring, albeit in a small sample size which needs to be stressed. His stat line of 12GP (3W, 7L, 2OTL), 2.89GAA and a putrid .897 SV% looks even worse when compared to Khudobin’s 9GP (6W, 0L, 2OTL), 2.13 GAA and league best .938 SV%. While Rask will almost certainly improve, his performance has been one of the few true negatives thus far. In fairness to both goalies, the defense has struggled clearing the net front, and Cassidy’s offensive style has at times left the goaltender exposed. Regardless, Rask will need to play much better for the Bruins to make the postseason. 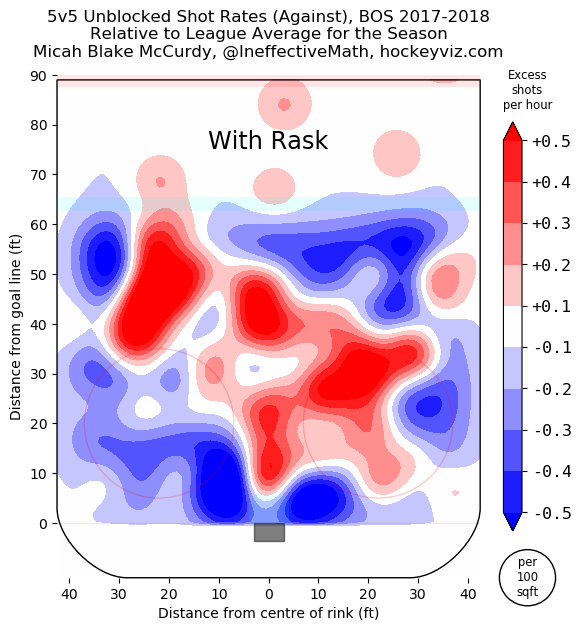 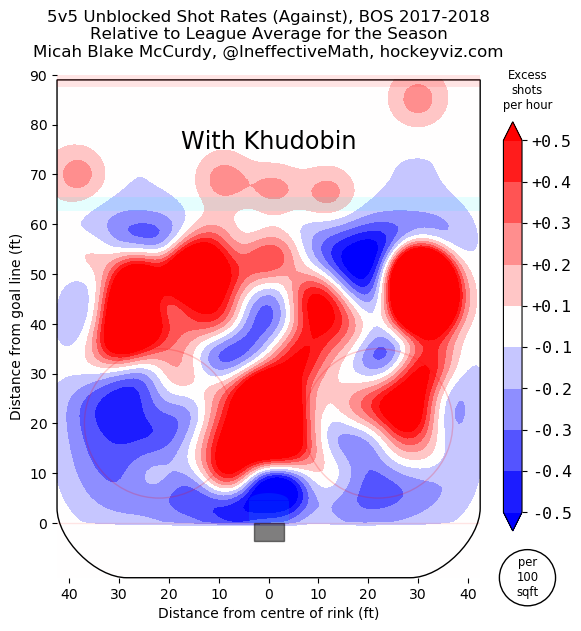 The first 20 games can really be boiled down to an overwhelming amount of injuries to key players. While there are certain areas and a few players to critique, the majority of issues came back to a fluid lineup doing their best to compensate for a glaring lack of NHL talent on a nightly basis. Players like Frank Vatrano (16GP, 2pts) and Matt Beleskey (13GP, 0pts) have been the only truly glaring negatives on a team that generally plays hard, despite the injuries they have faced.

From a coaching standpoint, Bruce Cassidy has done his best to create effective lineups and special teams groups, while also having to manage ice time for players not used to seeing increased TOI totals. If there is a major critique of the coaching, it is the continued lack of net front defense which has been a stark departure from prior years, as well as Cassidy’s pen chance for mixing up lines more frequently than his predecessor. On special teams the Bruins find themselves in 18th place on the PP (18.8%) despite limited offensive firepower, and 5th place on the PK at 84.8%.

In the big picture, the Bruins find themselves 1 point out of a playoff spot with 1-2 games in hand, despite having some truly terrible luck on the injury front and a sub-par performance from their number one goaltender. As key players return from injuries in the coming weeks (McQuaid, Krug, Marchand, Bjork), I expect the Bruins to secure a playoff spot in a relatively weak Atlantic division.

Team MVPs: Old Man Chara, still leading the way at 40. Patrice Bergeron, who somehow found another gear when his team needed him most. Dobby, whose unorthodox style has helped the Bruins grab crucial points early in the season.

Honorable Mentions: Pastrnak, who leads the team in points and Charlie McAvoy who has played like a top pair defenseman in his first full season.

So what do you think, have the Bruins lived up to expectations or do you give them an incomplete as a result of so many injuries?