Mid Season Review: A Look At The Bruins Performance At The Halfway Point Of 2017 Season

It’s already the midpoint of the season, let’s breakdown each part of the team and their performance.

Share All sharing options for: Mid Season Review: A Look At The Bruins Performance At The Halfway Point Of 2017 Season

With Saturday’s thrilling OT winner vs. the Canadiens in the books, the Bruins have officially finished the first half of the 2017-18 season. Let’s take a look at what they did well and what areas still need improvement. See: Quarter Season Review for the first quarter review.

In the quarter season review, most of this section was devoted to the rash of injuries across the entire forward corp. Thankfully, the second quarter of the season saw the Bruins get (mostly) healthy and as a result the lineup finally took shape. No longer a one line team, their balance allowed them to exhaust teams with four effective lines night in and night out.

While most of the forward corp have met or exceeded early expectations (Heinen, DeBrusk), others haven’t gone without their own struggles (Bjork, Vatrano). There also continues to be injuries concerns with David Krejci (18 games lost to injury) on a seemingly game to game basis.

Of late, the Bruins veritable super line of David Pastrnak, Patrice Bergeron, and Brad Marchand have been hotter than hell in July with 67 points in their 61 combined games played over the last quarter season. That being said, while their line has had the most results, the most noteworthy has actually been the Bruins de facto third line of Danton Heinen, Riley Nash, and David Backes, a trio playing better than most NHL 2nd lines with a combined 49 points over the last quarter season (60 combined GP).

Once again, the heavy hitters have been as good as, or even better than expected with an obvious nod to Patrice Bergeron doing his somehow normal ungodly amount of work in all areas. While his longtime wing Marchand may have gotten the Bruin’s sole All Star nod, Patrice Bergeron is quietly putting together one of his finest NHL seasons at the age of 32. The depth, including one of the better fourth lines in memory have all contributed to the teams winning and seem to have formed real chemistry. As a result, the average TOI numbers are starting to creep back down to normal amounts for the depth players, allowing them to be better utilized against handpicked opponents on a regular basis.

Overall, there isn’t much to nitpick or complain about with the forward group outside of Bjork’s “struggles” and the continuing saga of Frank Vatrano’s tenure as a Boston Bruin.

Not much has changed with the Bruins defense since the quarter marker, but the changes that have happened have been significant. The easiest and most impactful change has been the insertion of Matt Grzelcyk into the lineup over Adam McQuaid and Paul Postma. Even the staunchest of Grzelcyk fans have to be shocked at how impactful he has been in his 21 games since being called up in late November.

While his basic stats don’t jump out at anyone (1G, 4A, 15:57 ATOI), he has been a steadying presence, especially in his own end which defies his billing as an offensive defenseman. While plus/minus is a very flawed stat, his +12 in 21 games played paints a strong picture of his usefulness to the lineup. His magic might run out as the season progresses, but for now the coaching staff has made the decision to keep him in the lineup.

Unfortunately Grzelcyk’s success has been at veteran Adam McQuaid’s expense. The longtime Boston blue liner has been completely healthy since late December but with the Bruins strong play, Coach Cassidy has made the decision to leave his pairs alone.

Chara and McAvoy continue to be a very strong first pair, with both having leaned on the other at various points in the season. McAvoy’s offense has gone a bit dry in recent weeks but he still remains a true all around top pairing player, in fact his play has been strong enough to warrant speculation of him filling in at the All star game for the recently injured Victor Hedman. Of note, his ATOI has gone down roughly a half minute per game since the first quarter of the season but he is still a workhorse at 22:54 ATOI.

Torey Krug has turned his early slump around for the most part and has looked more comfortable with Brandon Carlo as they adjust to each other. Brandon Carlo on the other hand has been shaky at times, visibly struggling with his decision making in his sophomore season. Some of this can be explained by the abrupt switch from being sheltered by Chara last year, to having to cover for Krug’s defensive lapses. While that’s certainly a big part of it, his confidence seems to have taken a hit and he may catch a game or two from the press box, not only to get a few game to clear his head, but also to get Adam McQuaid back in the lineup for the first time in well over a month.

Overall, the inclusion, or perhaps more accurately, the exclusion of depth players like Rob O’Gara and Paul Postma has made a tremendous impact on the consistency of the Bruins defense. Generally, the coaching staff has used their bottom four as two second pairs with similar ice time and deployment, while relying heavily on Chara and McAvoy to carry the team in all zones. While the Bruins could still use a true top four type upgrade, their defense has done all they could reasonably have been asked to do through a half season.

Needs Improvement: The roster. What will Sweeney do with Paul Postma and to a lesser extent, Adam McQuaid? Keeping two veteran defenseman out for months at a time probably isn’t in the cards for much longer.

Goalies: Back to Reality

Remember when local media members were stirring up controversy because career backup Anton Khudobin was not only outplaying Tuukka Rask, but doing so in a convincing manner? Well since then, it’s been the Tuukka Rask show as Rask has been arguably the top goaltender in the entire league during that stretch. His numbers since the quarter season marker (12-1-2, .936SV%, 2 SOs) are off the charts. Objectively, while he has been great, it’s also true that the defense has been noticeably better in front of him (as show below), he has (arguably) faced the lesser of available opponents on occasion during back to backs, and the offense has routinely spotted him early goals in the majority of their games. Regardless, if he can maintain anywhere close to those numbers, the Bruins should have no issue cruising to a playoff berth. 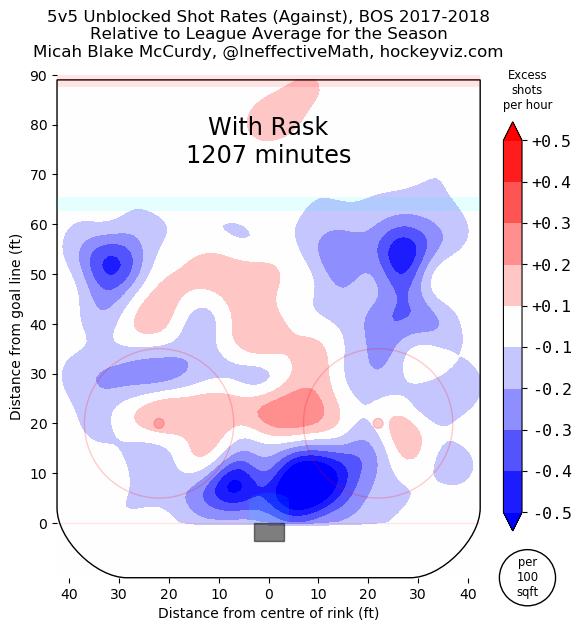 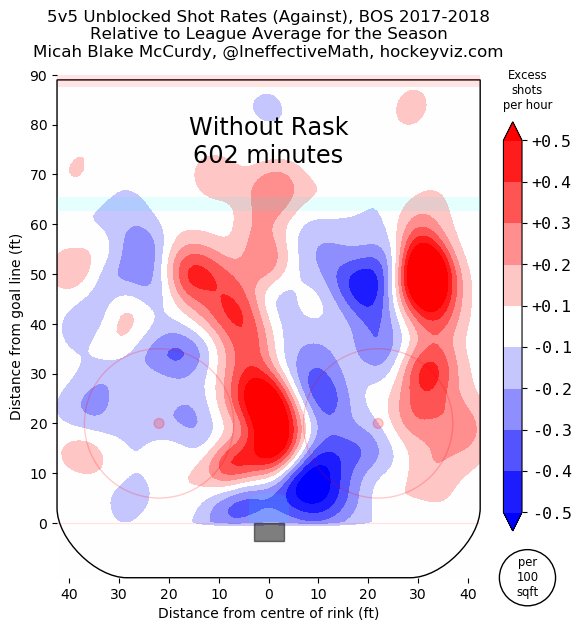 His backup, Anton Khudobin, has been serviceable as well albeit not quite as strong as earlier in the season. His stat line of 3-2-1 with a .902SV% and 1 shutout doesn’t paint a great picture, but context is needed in this regard as he faced Washington twice as well as Nashville and Pittsburgh during that stretch. All things told, the Bruins have been pleased with Khudobin so far this season and he hasn’t given anyone any reason to criticize him on the whole.

Find me someone who expected the Bruins to go 15-3-3 over their last 21 games and I will call them a liar. Seriously, this team has exceeded even the staunchest supporters expectations, and frankly, at least to my eyes, doesn’t show any signs of slowing down.

From a coaching standpoint, Bruce Cassidy has found a way to create effective lineups and special teams groups, while also managing ice time for older key players like Chara and Bergeron. Bruce has learned to trust his lines and hasn’t tinkered with his lineup which has allowed players to gain confidence and familiarity, which has been key with a young group. The major critique of the coaching staff earlier had been the lack of net front defense but for the most part that has been eliminated. On special teams since the quarter season mark, the Bruins find themselves up 9 spots in 9th place on the PP (21.4%), and down 5 spots to 10th place on the PK at 82.5%.

Big picture, the Bruins find themselves solidly in 2nd place in the Eastern Conference with games in hand on every team, including an absurd 4 games in hand on their closest competition, the Toronto Maple Leafs. Barring an absolute meltdown, the Bruins should finish easily in playoff positioning, the question is which seed will they end up as? Right now they look destined for a match up with the aforementioned Maple Leafs.

Team MVPs: Zdeno Chara, still quietly leading the way at 40. Patrice Bergeron, who has been playing legitimately some of the best hockey of his entire Hall of Fame career.

Honorable Mentions: Pastrnak, who has been an offensive back breaker and Charlie McAvoy who continues to play like a top pair defenseman in his first full season.

Needs Improvement: Not much. Really, there isn’t much to complain about. Weird, right? The special teams, particularly the PK could use a little work but that feels like nitpicking at a team that’s red hot.

So, what are your thoughts on the Boston Bruins halfway through their 2017-18 season?