What a week Patrice Bergeron has had, first he scored his 700th career NHL point against the Hurricanes, which he then promptly one upped with a 5 point, 4 goal effort. He then turned around and assisted on a Marchand goal in the second night of a back to back against the reigning Stanley Cup champion Pittsburgh Penguins.

As a result, he was names the NHL’s 1st Star, alongside Colorado Avalanche goalie Jonathan Bernier and the Pittsburgh Penguins Sidney Crosby.

All told he had a staggering 7 points in only 3 games played and powered a super line alongside wingers David Pastrnak (2G, 3A) and Brad Marchand (2G, 6A) that totaled 20 points in 3 games.

The best part, and a detail that has largely flown under the radar? He was sick for the last two games and even played through a Letang slapper to the knee that reportedly required stitches.

Let’s take a look at his impact courtesy of Hockeyviz.com: Slide from left to right to see with and without Bergeron on ice. 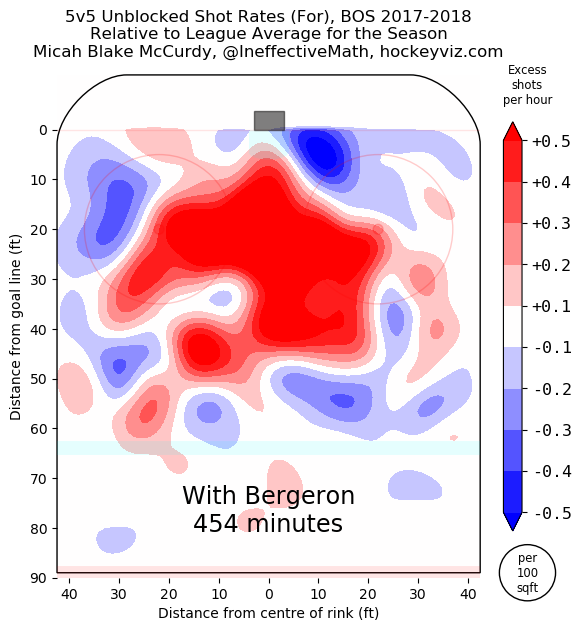 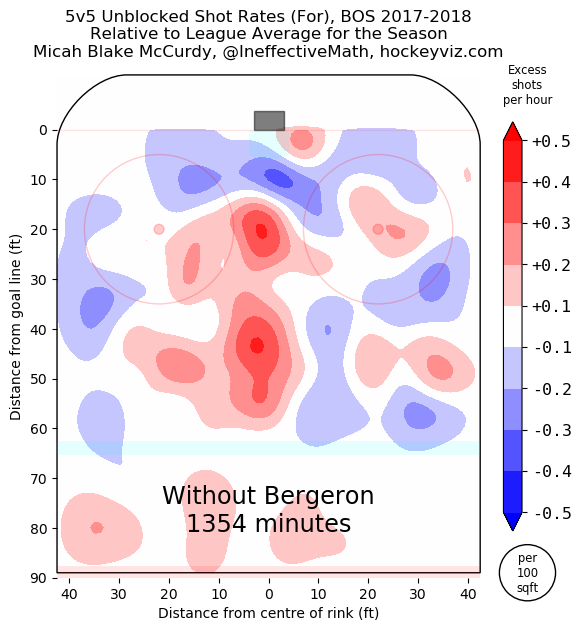 Like I said, what a week for Patrice. Congrats on a well earned 1st Star!