The night that changed the NHL, and the Boston Bruins especially, forever. And continues to do so, even now.

The NHL Entry Draft is generally considered a crapshoot.

It’s generally accepted knowledge that your performance at the Draft is decided on how good your scouts are on making solid bets at how a player who has largely dominated a league of teenagers will translate into an NHL that gets faster, stronger, and scarier at every turn.

Most of the time if you work for a bad enough team, there’s a good chance you could end up with a pick high enough to see the cream of the crop show up at your pick. Most years, it’s about two or three players, or sometimes it’s only one, which complicates the arithmetic of how bad you actually have to be to get that one player. It’s a complicated business that requires months of dissecting a player not yet old enough to buy beer in the US down to their very simplest pieces. It can be hard to really know, especially with the inter-team politiking.

Then sometimes fate throws you a bone, and gives you a draft class so good the only way you could muck it up is by not participating.

That draft, at least for the first decade of the 21st century, was the 2003 iteration.

At the once-Gaylord Entertainment Center, 30 NHL teams had their pick from the biggest glut of talent ever assembled since 1979. There were so many players in the first round that became honest to god stars it made the job of choosing first overall practically child’s play. The very latest years of the 1990’s and early 00’s at the Junior level were being filled with some of the most incredible NHL-ready talent just waiting to be plucked, and the 2003 draft was the first true bumper crop once the century mark moved over. You simply could not screw this up.

I mean, just look at the top 5 chosen:

You could reproduce this list of five players in any order and probably come up away with each team saying “We got something good on our hands.” Sure, you might clash a bit with Zherdev three years down the line, but frankly if you’re one of Pittsburgh, Columbus, Buffalo, Carolina, or Florida in 2003...you’ll cross that bridge when you come to it. Hell, you could do that with most of the first round and still come up with a satisfying order that would change the fortunes of a franchise for the next two decades.

Boston coming into this hallowed entry draft had been merely “okay” in their ‘02-’03 campaign; squeaked into the playoffs at 7th, belched up a hardly-above-.500 record, and it all ended slamming into a brick wall that called itself the New Jersey Devils. The B’s decided to make a fresh start on the backend with Mark Stuart from Colorado College at 21st overall, and then they waited for the 45th pick.

With it, they made a decision midway through the 2nd round that would change their fate forever.

They chose a largely francophone teenager from the Quebec suburbs with a goofy smile, thick eyebrows, and a single (full-length) fantastic season with Acadie-Bathurst Titan.

The rest as they say, is history.

...Or it would be, had there not been some hiccups.

Bergeron had a full season of NHL Hockey under his belt before the ‘04 lockout. He decided to hang around in Providence and be almost a point-per-game player. In 2005, when it was no longer just fan dreamery that saw him as the clear future of the team; the Bruins had decided to make a gamble, the likes of which would prove...controversial. And in the immediate future, cost a man his job.

They moved Joe Thornton, and decided that they would build their team around this young man.

It didn’t pay dividends at first. Primeau, Sturm, and Stuart were good, but they absolutely weren’t a patch on Joe Thornton. With how much of a tribulation the 2005 season was, it made Bergeron (and Boyes, if we’re being fair), the sole positives on a team whose defensive system was broken, and their goaltenders were even moreso, with their elder statesmen Tim Thomas returning to barely keep the team above water. It was a mess.

But hey, at least they weren’t complaining about money.

The late 2000’s were the B’s nadir and subsequent rise, both with shrewd depth picks, and careful trades that brought another 2003 draftee to the fold by the beginning of the 2010’s: Nathan Horton.

Horton was a power forward whose prime had been largely used as a tantalizing trade chip and injury history prevented him from being a truly game-changing player for a disastrously run Florida Panthers of the mid-aughts, and had finally come to Boston after years of being a thorn in their side against weaker competition. He never broke any scoring records nor any personal bests, but his inclusion in the 2011 season meant one very important thing; Nobody else could be more heroic when the time came for it. And he did that one thing better than anyone else in the world.

With a team rebuilt, both depth and acquisitions paying off at the best possible time and one of the greatest goaltending performances of the last 50 years, Patrice Bergeron and Nathan Horton, an heir apparent and a player looking to rebound from years of having never been in the playoffs in almost his entire career; went from mere quality pieces, to Stanley Cup Champions.

It’d be the third time in ten years that at least two players of this draft class would win it all as part of the same team.

Players from the 2003 draft have begun to retire. Whether due to the unfortunate happenstance of mounting injury or from the undefeated fighter known as Time. Other boom drafts have come and gone to reshape the NHL in it’s new image. 2005, 2014 and 2015, arguably the 2020 draft might change the fortunes of whoever gets Alexis Lafrenière. But it is the 2003 draft that looms large over this Boston Bruins team that will take the ice tomorrow night. And has been doing so for years on end.

A longest-shot choice in goal; ‘03 ninth-rounder Jaroslav Halak, essentially restarted his career as sort-of-backup-sort-of-starter in 2018-19. ‘03 second rounder David Backes was signed to replace ‘03 second rounder Loui Eriksson, and has continued to adjust his storied career to the demands of the modern game and that of the modern Bruins and bringing a defensive acumen he has sorely been underrated in, as well as a leadership style any fan could respect. Lee Stempniak, one of the gems of that draft at the time, was a steady hand in an uncertain time and effectively haunted Bruins practices during the 2018-19 season. A good portion of that first round still regularly makes it’s way to TD Garden as respected or reviled veteran opponents, and one even had a reputation of being a Bruins-killer even well past his ability to be dangerous night in, night out.

And of course, the number one center of the team will be lacing up for his 16th season in the NHL, with so little else to do but to make the players around him better like he has since he first stepped out onto the ice. He has played 1000 games, become a champion, become a triple gold member, been Canada’s shining son and by far Quebec’s greatest blessing on the Northeastern United States. He has smashed through all expectations and even best case scenarios. He is perfection of the 200 foot center at it’s finest.

He is Patrice Bergeron. He’s done about as much as you could possibly do in the NHL; even when fighting his own body to get to where he wants to go, nothing has been able to stop him.

The only thing left to do now is run up the score. Get him his second ring, and his fifth Selke on the way there. Get his friends the rings they deserve and have shown they deserve, and once again show the kind of talent that some lucky scout noticed all the way back in 2003. To solidify it’s legacy as the truly game-changing draft.

To solidfy their legacy as they were meant to be: Clad in Black and Gold. Hoisting Lord Stanley’s challenge cup yet again or for the very first time.

So, if you’re looking for motivation for why the Boston Bruins should win the 2020 Stanley Cup, think about these 2003 draftees. Because they have more than earned their way. 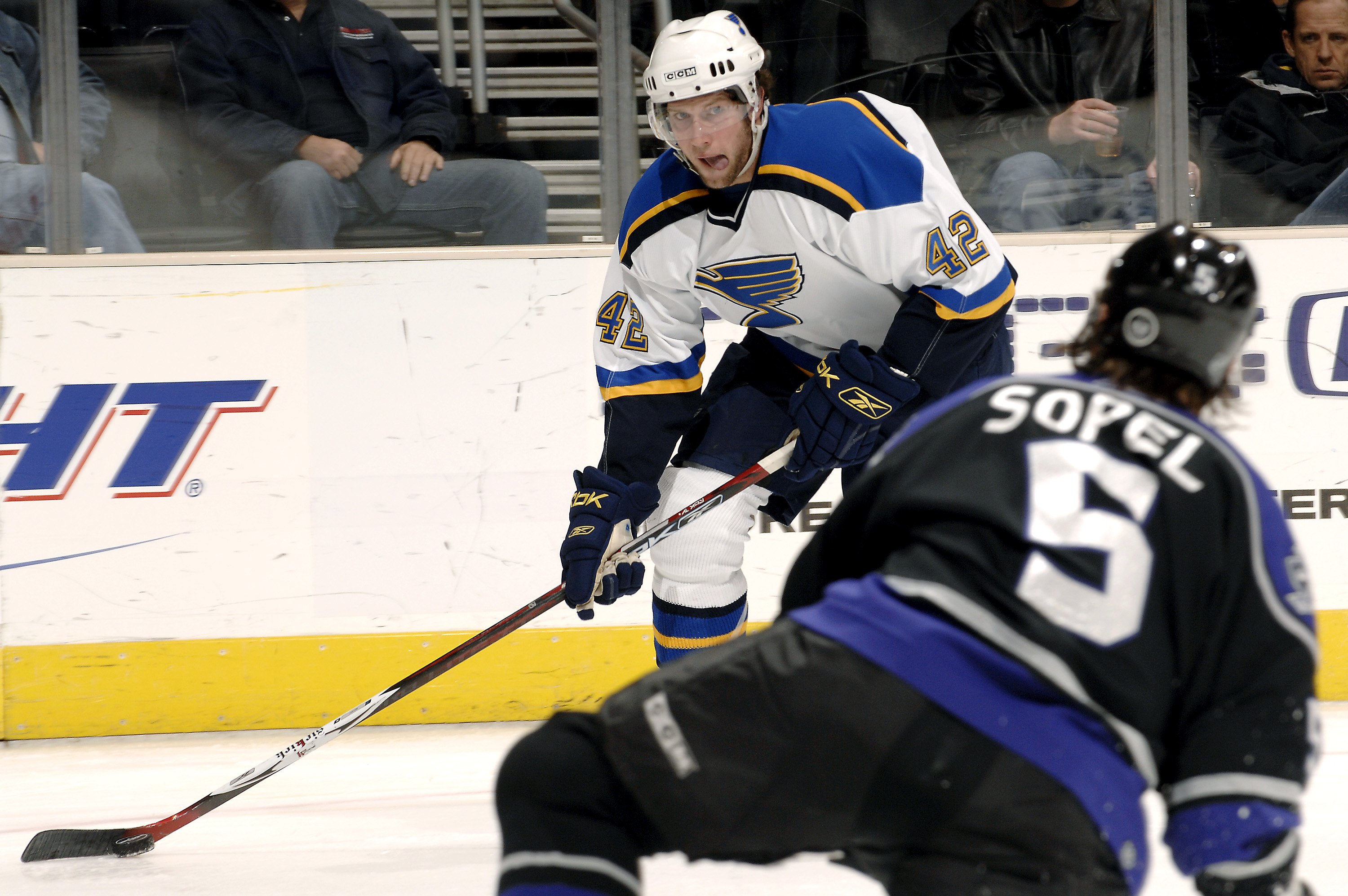 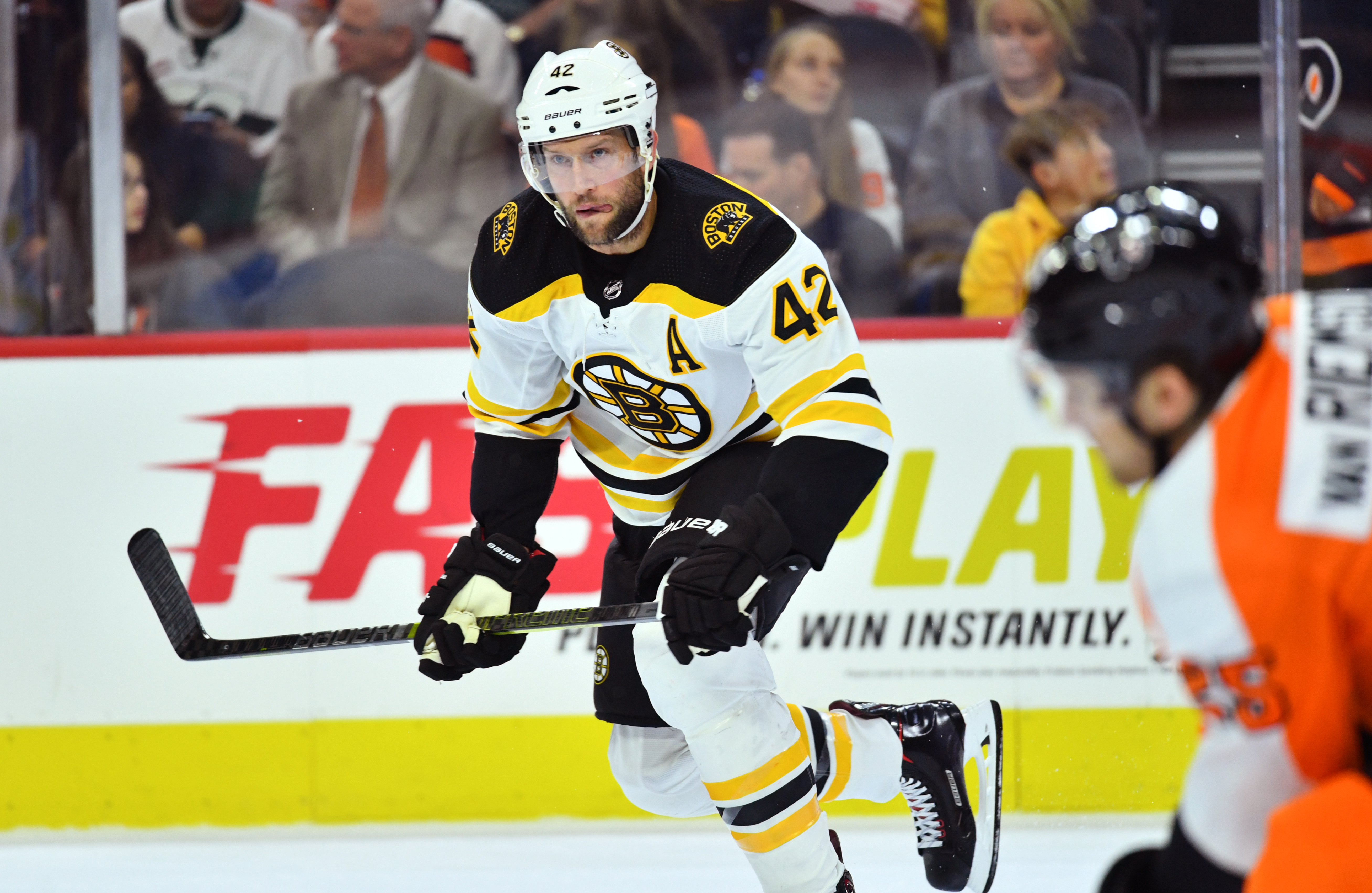 Because old dogs still have fight in them.
Photo by Noah Graham/Getty Images and Photo by Kyle Ross/Icon Sportswire via Getty Images 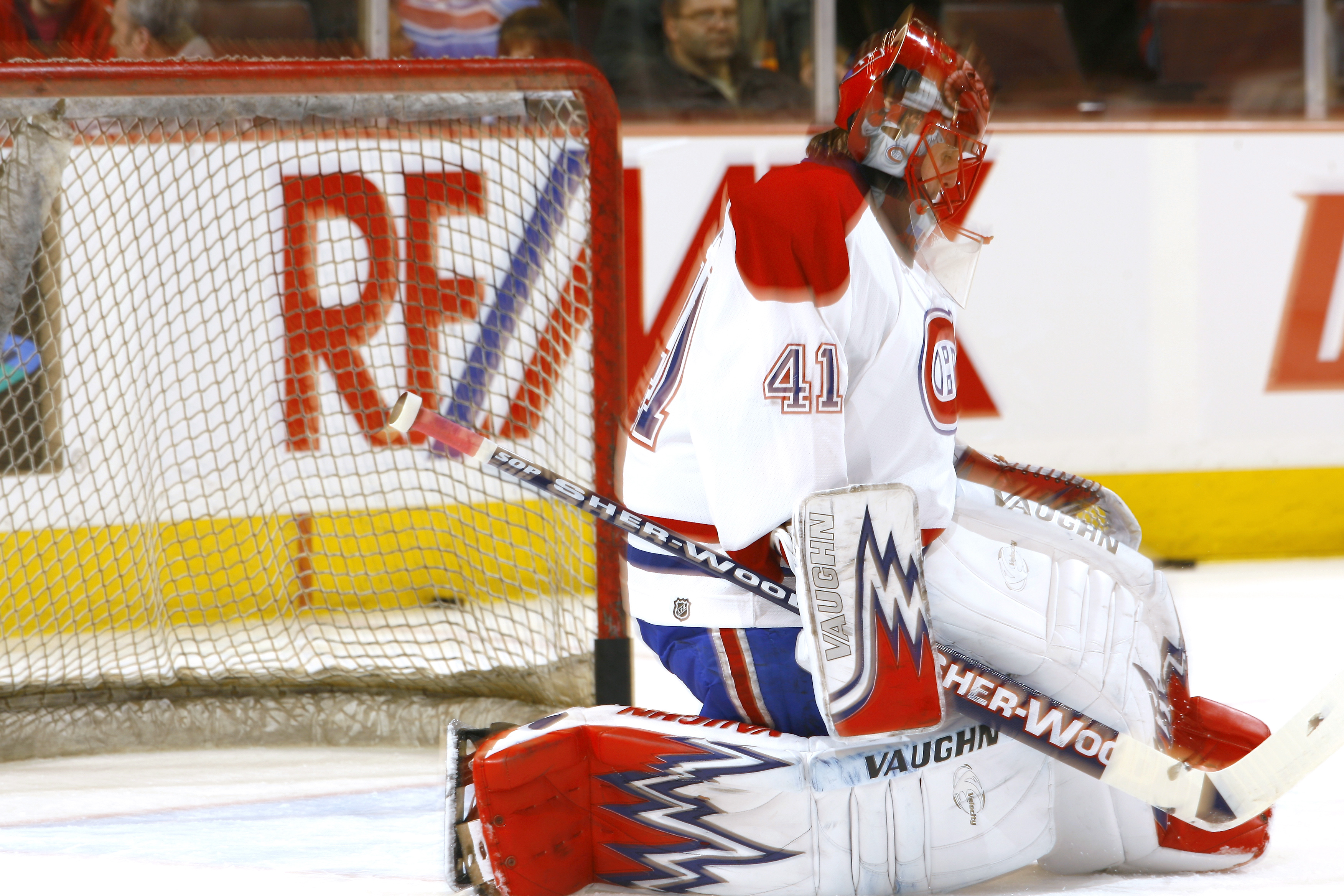 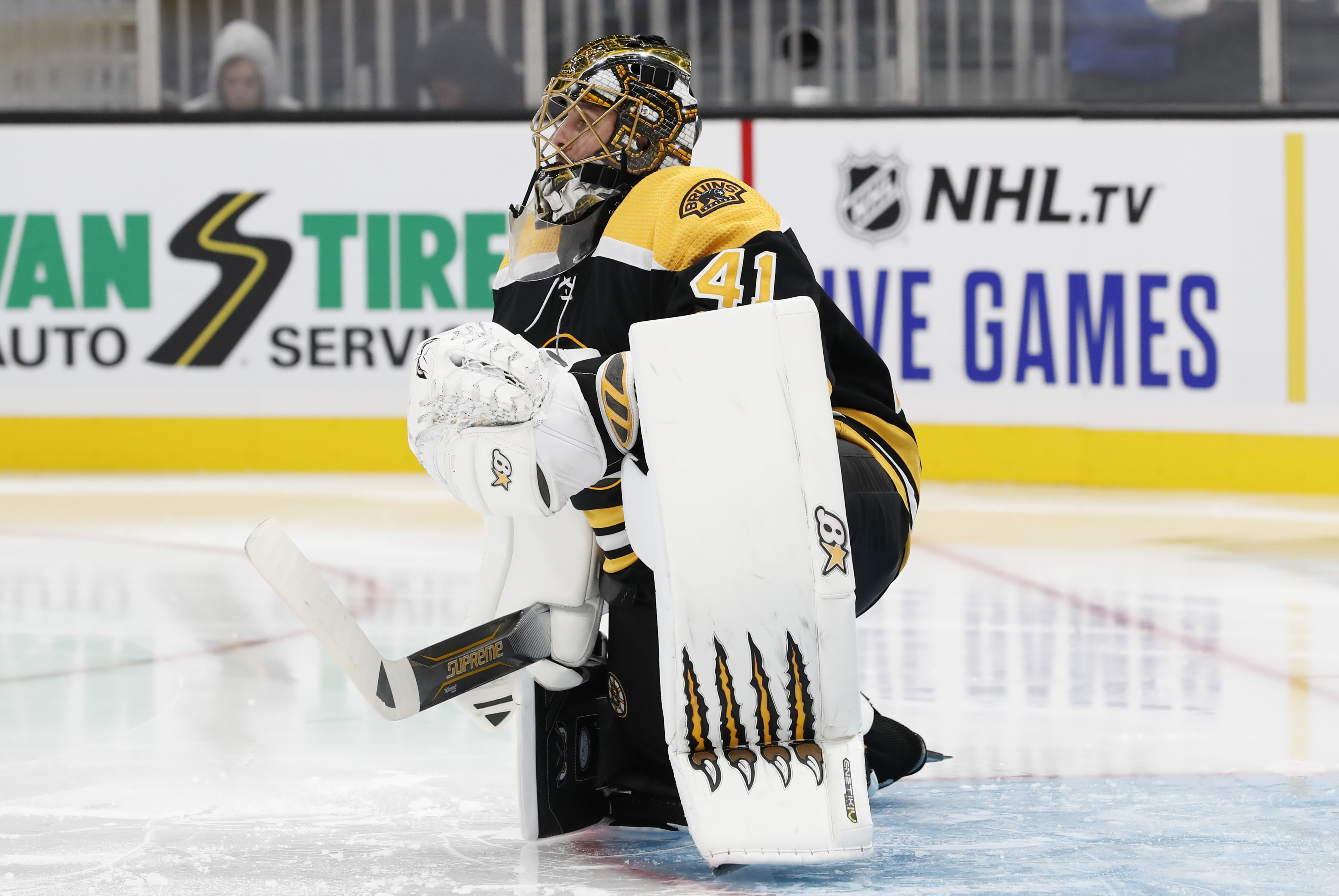 Because changes of heart can happen to anybody.
Photo by Phillip MacCallum/Getty Images and Photo by Fred Kfoury III/Icon Sportswire via Getty Images 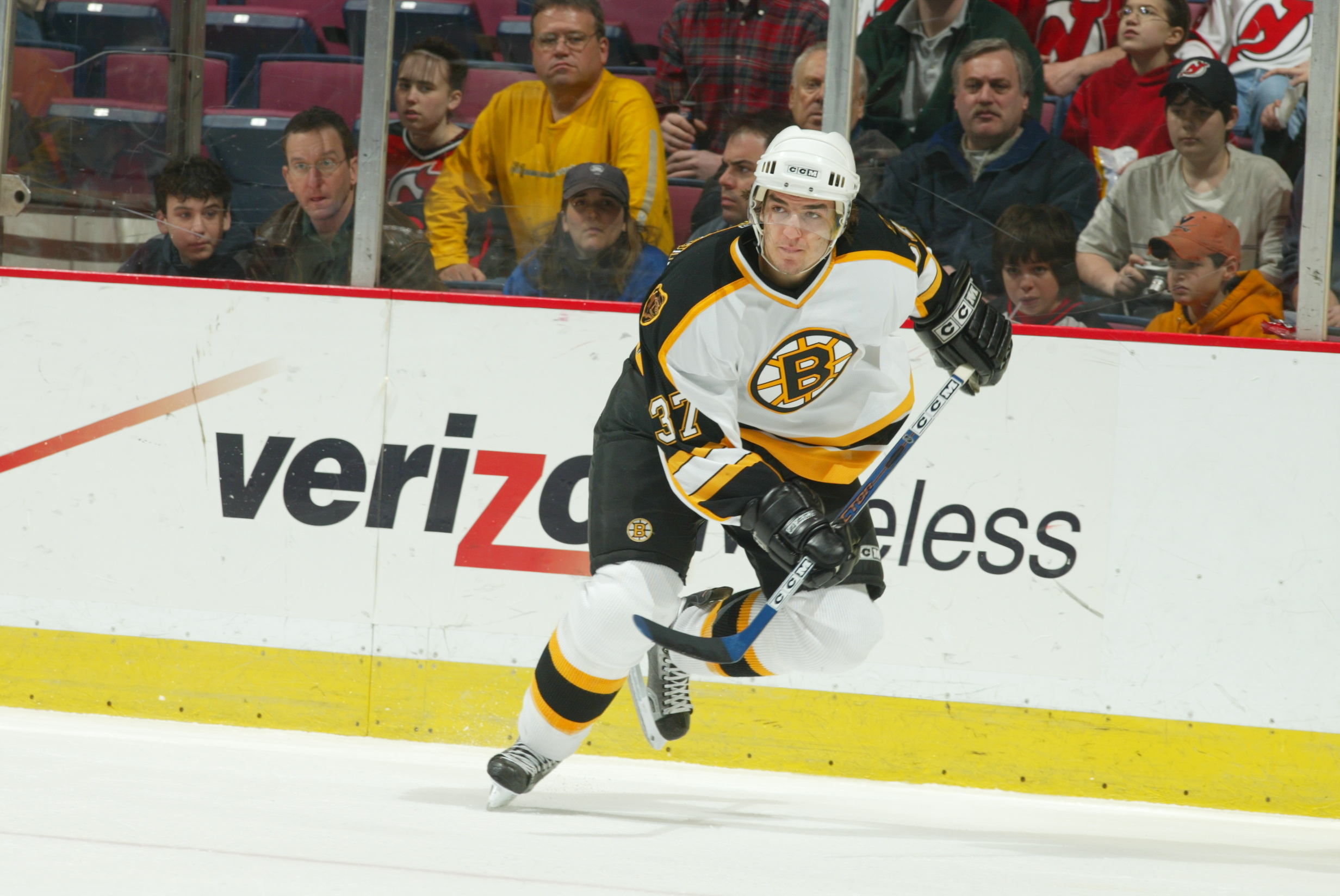 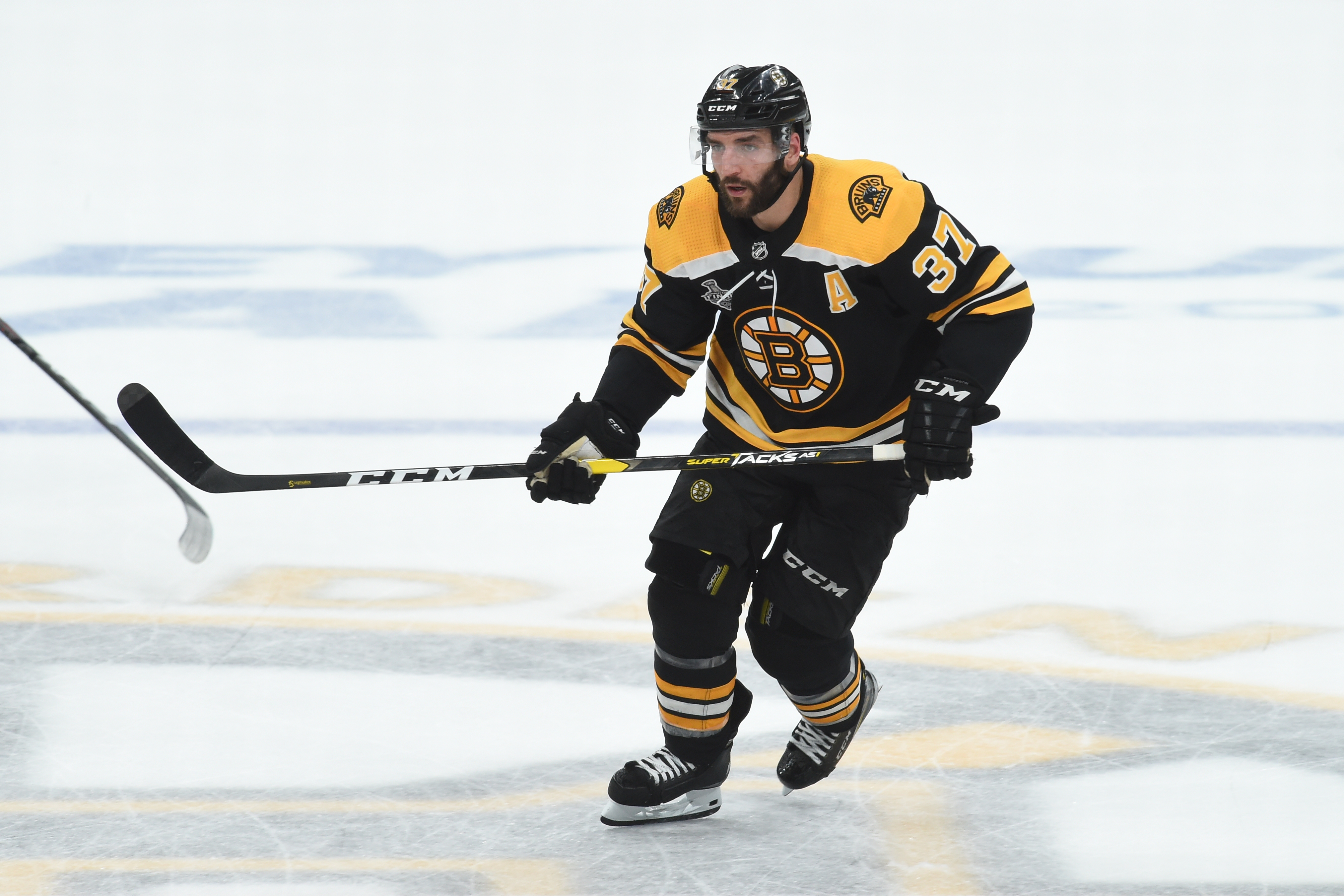 Because of all other things...it’s the cup. And no feeling is better than seeing it in your team’s hands.