Charlie McAvoy wants to stay in Boston ‘forever,’ so what could a potential contract look like?

Charlie McAvoy's emotional declaration of admiration is a great moment. And also a chance for him to be capital P PAID.

Share All sharing options for: Charlie McAvoy wants to stay in Boston ‘forever,’ so what could a potential contract look like?

The offseason is finally here, and with that comes the talk of free agent signings. While the finer points are up to agents to pull together, there are a few members of the Boston Bruins who absolutely need to be signed over the summer, one of those guys being Charlie McAvoy.

The blueliner has done more than enough to prove himself in Boston over the length of his entry-level contract, and now he’s ready to sign a long term deal.

McAvoy told reporters on Friday that he wants to stay in Boston “forever,” and that in itself should be enough to get B’s fans riled up about the future. So, he wants to call Boston home, but what will a contract look like for the young defenseman?

Well, I can tell you this: this man is going to get some heavy compensation, and he deserves it.

Over the course of his two-year career, the 21-year-old has racked up 60 points (14 G, 46 A) in 117 regular season games played and in the playoffs, he’s tallied 16 points (3 G, 13 A) in 41 games played. He has played like a veteran defender since nearly his first game on TD Garden ice. He has swallowed minutes and starts all over the ice that defenders with better press coupdnt dream of.

McAvoy wants a long-term deal, and there’s no doubt about that. If we’re talking numbers and length, he’s going to get somewhere between $7-8 million per season for seven to eight years.

He deserves that contract too. It’s expected that he becomes Boston’s No. 1 defenseman at some point in his career, and that day is likely fast approaching, what with the continued slide of Chara's Time on ice.

I can imagine McAvoy signing a contract very similar to the one Aaron Ekblad signed with the Florida Panthers back in 2016. Ekblad’s deal was $7.5 million for eight years. Ekblad and McAvoy are fairly similar players. Both can move the puck, put up points and play shutdown defense. The Bruins defenseman is probably more similar to Ekblad than people realize (except he's actually good at defense), so he's a good foundation point. 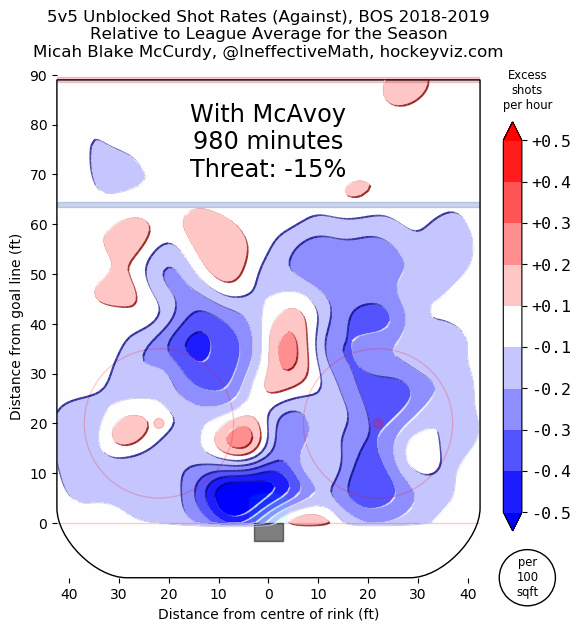 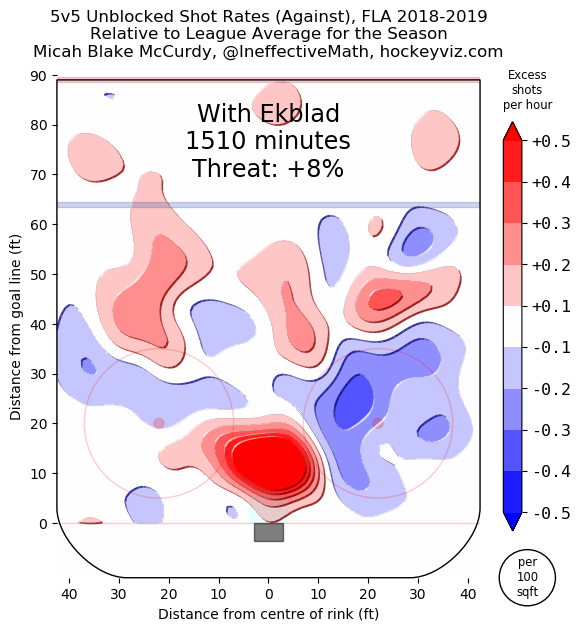 One is a defender who has long since earned his shot, shown nothing but mature play, and has earned his contract. The other is Aaron Eckblad.
Hockeyviz.com

It’s quite obvious that Don Sweeney wants this guy in Boston for a very long time, so I can imagine that a deal will get done sooner rather than later. Hopefully sooner, just so we can breathe a sigh of relief that the New York native will be in Boston for another Stanley Cup run.