The legend of the smiling czech took a weird turn this year.

David Pastrnak had kind of a disappointing season for a player that was still a major and vital part of the Bruins offense. After being the Rocket Richard co-winner, anything less than a repeat performance would almost have to be.

Normally a power play cannon, Pasta’s lingering issues with injury as well as a shift in the way he was played on the power play largely robbed him of the extra points on the man-advantage he probably would have ended up getting in a regular season. Further, missing eight games meant that any ground he could’ve covered was a big loss on his otherwise potent scoring strength simply because he ran out of time to do it.

Here’s the thing, though. While his power play ability suffered quite a bit, David Pastrnak’s 5-on-5 play improved significantly. Pasta in his Richard season was the epitome of a one-note, Patrik Laine type player, which is totally cool and fine if you have the centers to carry you! Pasta this year? Pasta didn’t need that. There were a lot of quality wingers in the East division that didn’t have as good of a defensive impact as David actual Pastrnak did this year. So while yes, he didn’t exactly break the points bank, he also showed a real improvement in a simple, but very important place: being able to do bad on one’s own.

Pasta could do bad all on his own. And man when he could, he made magic happen.

Pasta may not have been the best power play performer, but he absolutely was one of the best at drawing them with the same level of explosive speed and skill, a complete willingness to bring the puck right to the net without care for whoever was around him, and of course was a nightmare for any player on the Philadelphia Flyers to stop, because they really couldn’t. Had he managed to get over the 50 game mark? I’m almost positive he’d have been able to get back into the top 2 in overall team scoring, instead of being third on the team in...both goals and assists? Huh. 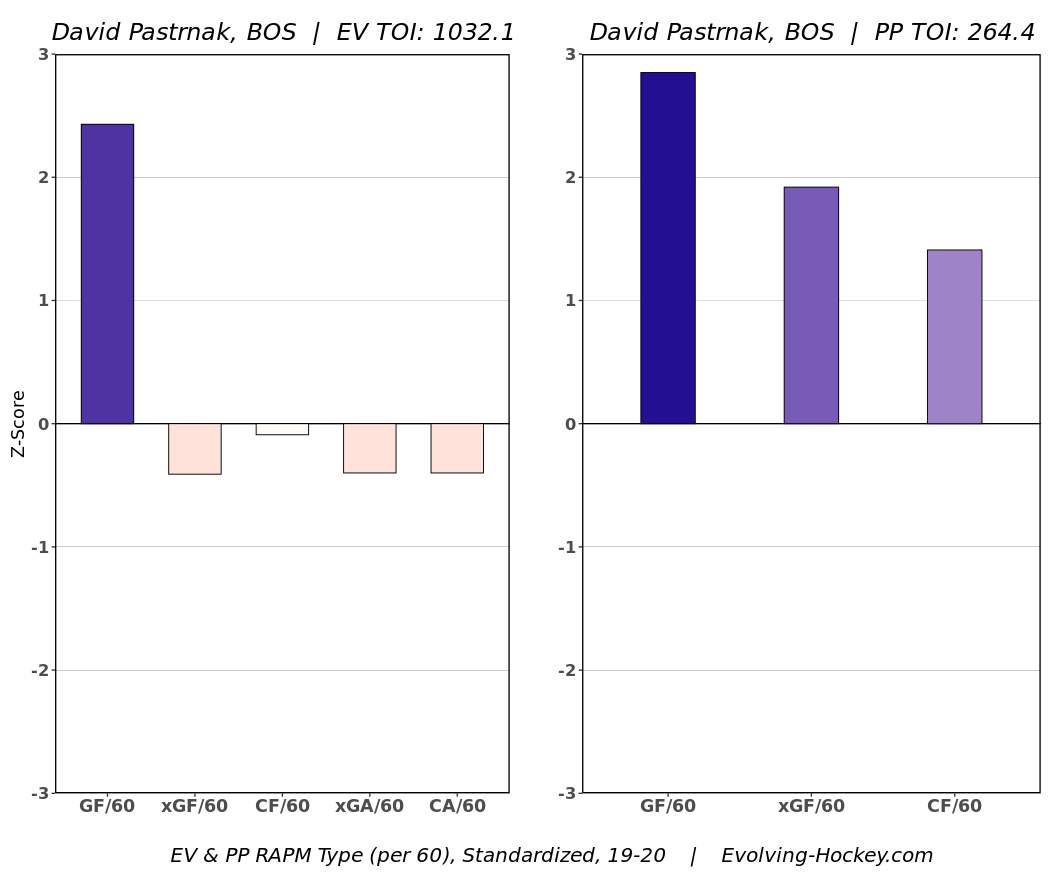 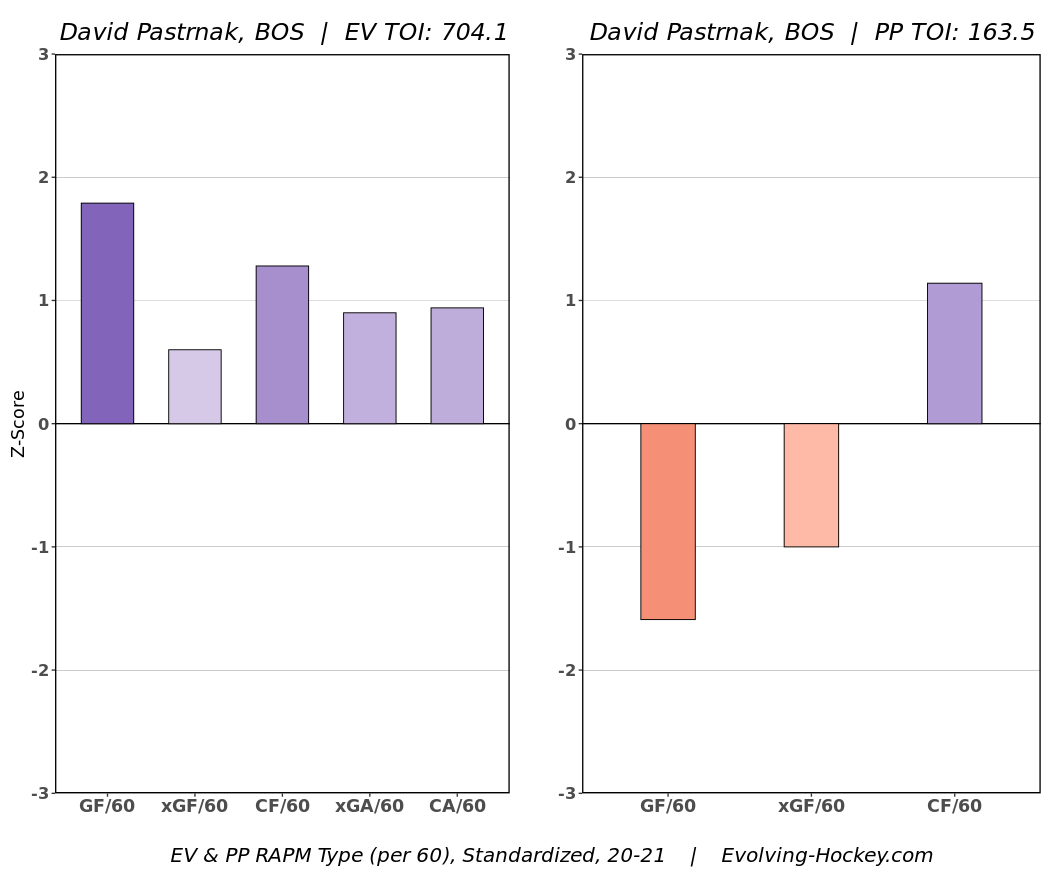 These are the same player.
Evolving-Hockey.com

And in the playoffs? Well, say what you will about how it ended, but he showed up. Right until the end, he was the player putting up when it mattered most.

Returning to previous form with aplomb, Pasta picked up 15 points in 11 games, the only player to score more than he did was his linemate in Brad Marchand. He absolutely showed everybody just what he was made of, and if the rest of the team had kept up with him and his buddies on the first line? Maybe the team could’ve had a better future in the last postseason.

Until then, as the reigning Czech David, it’s gonna be clear they’re gonna need him to show up to camp fresh as a daisy and free from any aches and pains he might be going through, because they may need his goalscoring might more than ever before.

I for one, am pretty confident he can do that.