From the Rafter: "You Never Know How Close You Are" - The Story of David Rutherford

"The events in his life have allowed him to develop an immense passion for the game which has fueled his motivation to be an elite athlete. David hopes that in sharing his story, others experiencing personal challenges can find comfort that they aren't in it alone."

Share All sharing options for: From the Rafter: "You Never Know How Close You Are" - The Story of David Rutherford 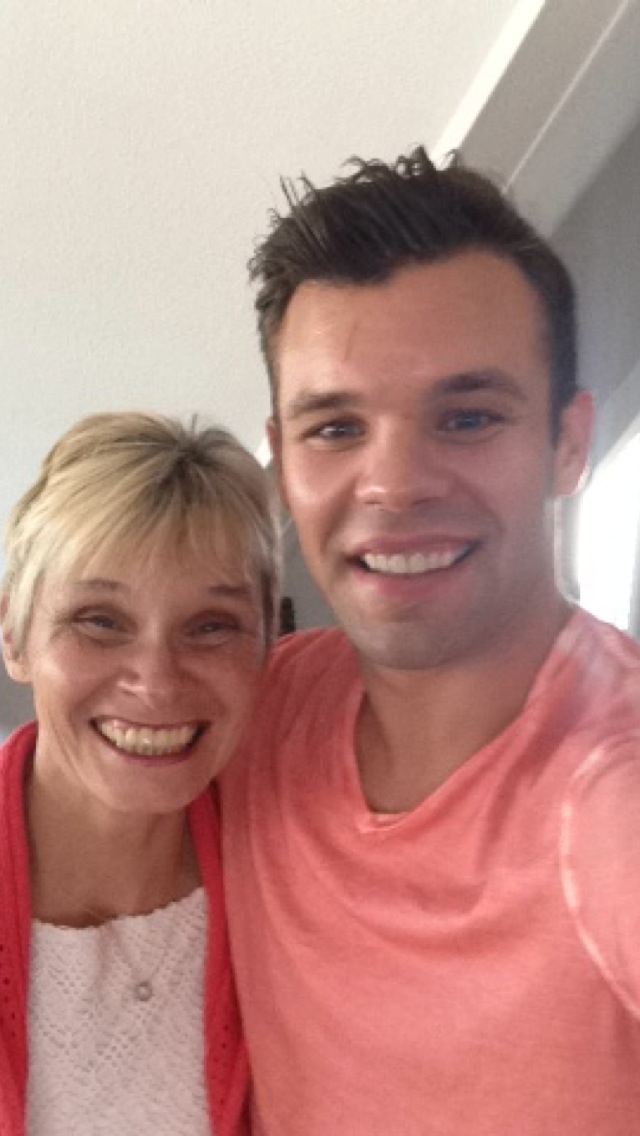 caption here
Tracy and David Rutherford on an Anniversary of Kelly's passing. Image captured August 13th, 2014.
Through the earlier stages of David’s parents’ marriage, Tracy faced a daily struggle with her disorder but Kelly’s acceptance and support helped. When Tracy was 13, a kid at school bullied her about her weight. This memory triggered the onset of her disorder. Doctors at the clinic told her that having kids wouldn't be a possibility due to the malnutrition her body was subjected to. So when she became pregnant years into her marriage, it was absolutely shocking to doctors. The entire pregnancy was extremely hard on Tracy because she was still battling multiple aspects of her disorder. She was so self conscious about her body that she and Kelly moved from BC to Ontario in her second trimester. They remained in Ontario for the next year so she wouldn't have to worry about people back home judging her body. That's also the reason David was born in Mississauga, Ontario. Doctors described his birth as a miracle mainly because he was born in good health, but also because his mother survived the pregnancy. Kelly may not have just saved Tracy’s life but David’s as well.
Even though David lost his father thirteen years ago, there is a bit of Kelly in everything that he does. Many people still talk about the ways Kelly impacted their lives. It is amazing to be able to inspire others, but it's quite special to leave a legacy. David hopes to inspire others through his hockey career in a similar way. It seems that after experiencing loss and adversity, David has developed a unique outlook on how to succeed.
Rutherford hoisting the Kelly Cup after winning the ECHL championship as a member of the Florida Everglades.
David has won numerous championships, played countless games and scored many goals. However, the accomplishments David has made throughout his hockey career are one aspect of what hockey means to him. Hockey has become a safe-haven and an outlet for his passion. The day he lost his father, David went to hockey practice. To him, the rink was a sanctuary and a place he was happiest. The tragedy in David’s life inspires him to become the best version of himself. The events in his life have allowed him to develop an immense passion for the game which has fueled his motivation to be an elite athlete. David hopes that in sharing his story, others experiencing personal challenges can find comfort that they aren't in it alone. In order to combat adversity, he embraced it and channeled his emotions into building a career he is passionate about. In the years to come, David aspires to live passionately and purposefully while making connections with his new fan base. He has made an effort to do so through the launch of his new app - https://appsto.re/ca/Cq5Peb.i - called DJR91.
As a final note, David wanted to leave readers with the thought that, "you never know how close you are to making something work". Don’t let anything hold you back from pursuing your dreams.
Tatiana Rafter
Professional Hockey Player, New York Riveters (NWHL)
Email: tatiana.rafter@gmail.com
Twitter: @tatianarafter
IG: @tatsabeaut
David Rutherford's Facebook Page: https://m.facebook.com/Rutherford91/
Twitter/ Instagram: @djrutherford91
Photo Credit to Press Eye. (Edited image taken from https://appsto.re/ca/Cq5Peb.i on the DJR91 App)
Edited by: Tatiana Rafter and Karmen Clark