Why Can't You Be A Pro Hockey Player?

Share All sharing options for: Why Can't You Be A Pro Hockey Player? 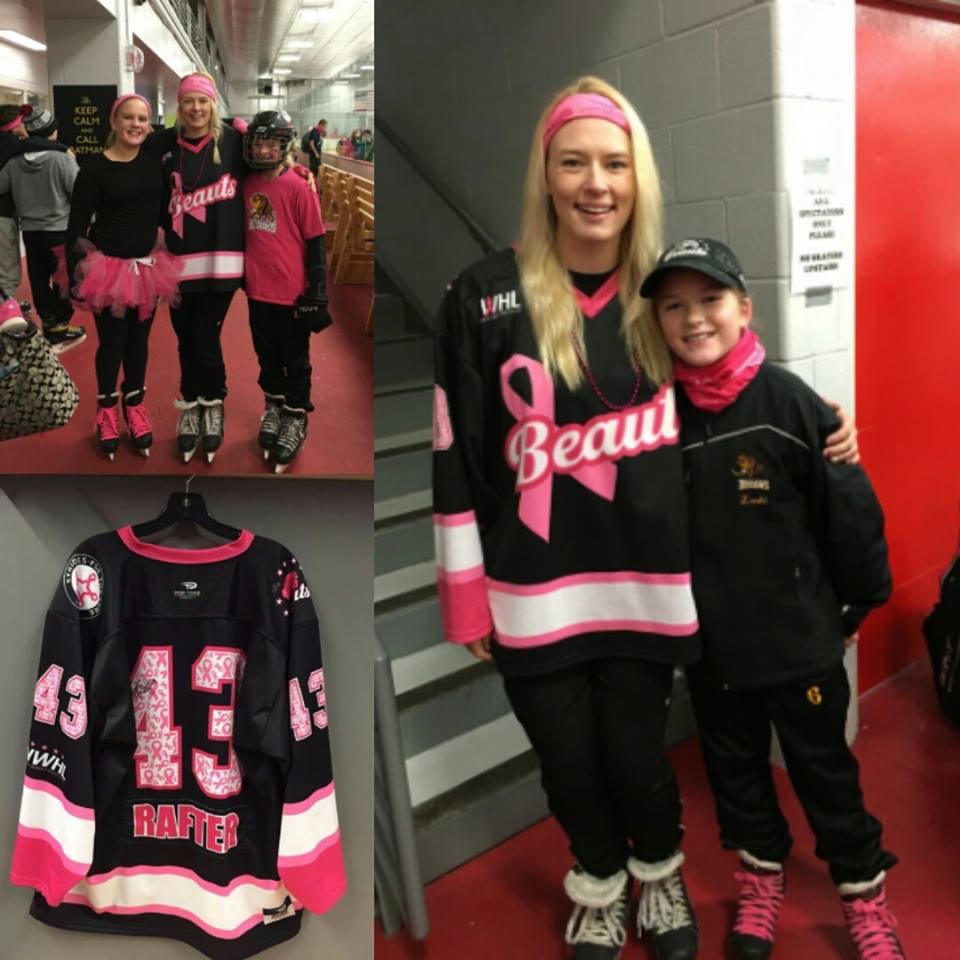 I am posting two days late.. But I am happy to announce that I will be involved with the Canadian Cancer Society’s signature event called Relay For Life! I have been involved with a couple cancer fundraising efforts this year while I was in Buffalo so I am so excited to continue to do so.

During the relay, I will be in charge of the hockey station, which will be some sort of shooting accuracy/hardest shot activity. I will also be interacting with kids and parents about my professional hockey career. There will be other stations such as Zumba, Lumbala Strong (bootcamp), in addition to the promotional health information booths.

I am the most excited for the Survivors Lap which is going to be a very powerful part of the event. This particular relay is held on a track so to start off the activities all the cancer survivors will be honored by walking the initial lap. There will also be a Remember Ceremony while the sun is setting (around 9:45pm). This is a community centered event that will take place in Langley at McLeod Athletic Park on June 3rd. This relay is happening all over Canada this summer and to give you an idea of how widespread Relay for Life is, I should tell you that there were 330 relays occurred throughout Canada in 2015!

If you would like more information, please let me know.

If you are local to Langley, BC or the surrounding areas, check it out and register! The site is http://www.relayforlife.ca/langley 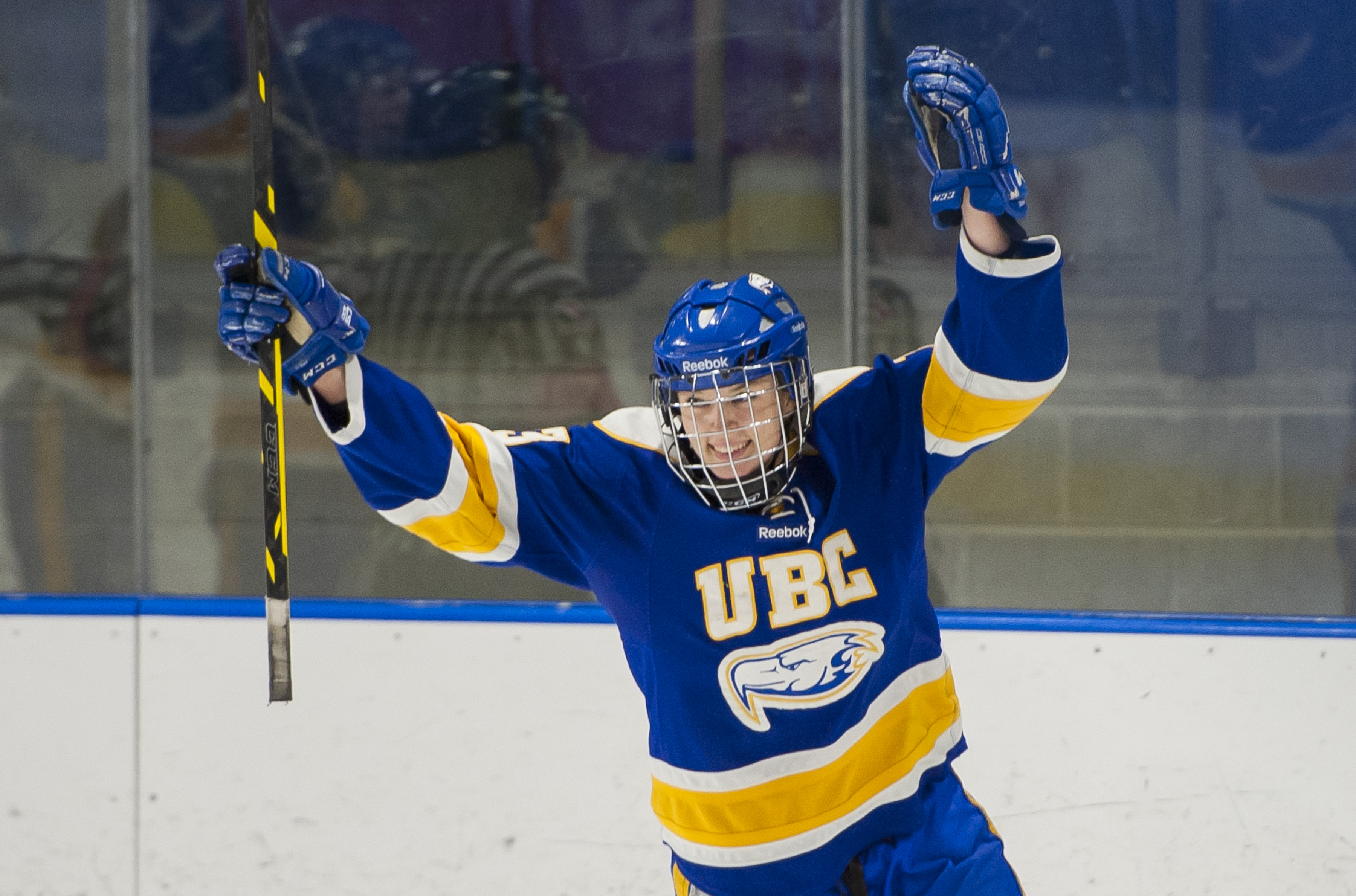 Celebrating during Senior Weekend in final year with the T-Birds. Photo: Tatiana Rafter

As far as hockey goes, I have written a very reflective piece this week. After playing my first year of pro hockey I have been thinking a lot about my career path and the mindset I had at different points in my career. I wonder how I would have approached my hockey career if I was more knowledgeable of the opportunity to play pro after graduating from my university hockey program. Would I have trained differently? Would I have altered my goals? These are the type of questions I ask myself.

If I were to place myself back in university playing hockey for UBC as a freshman with the possibility of working toward a pro hockey contract, I think my motivation would have been geared toward that dream.

Thinking past university hockey is a relatively new concept for players graduating from their university programs. I know this because I haven't quite wrapped my head around it and I am coming off of a pro season. I wanted to take a moment to write a letter to those female hockey players who are currently playing in the CIS or NCAA. 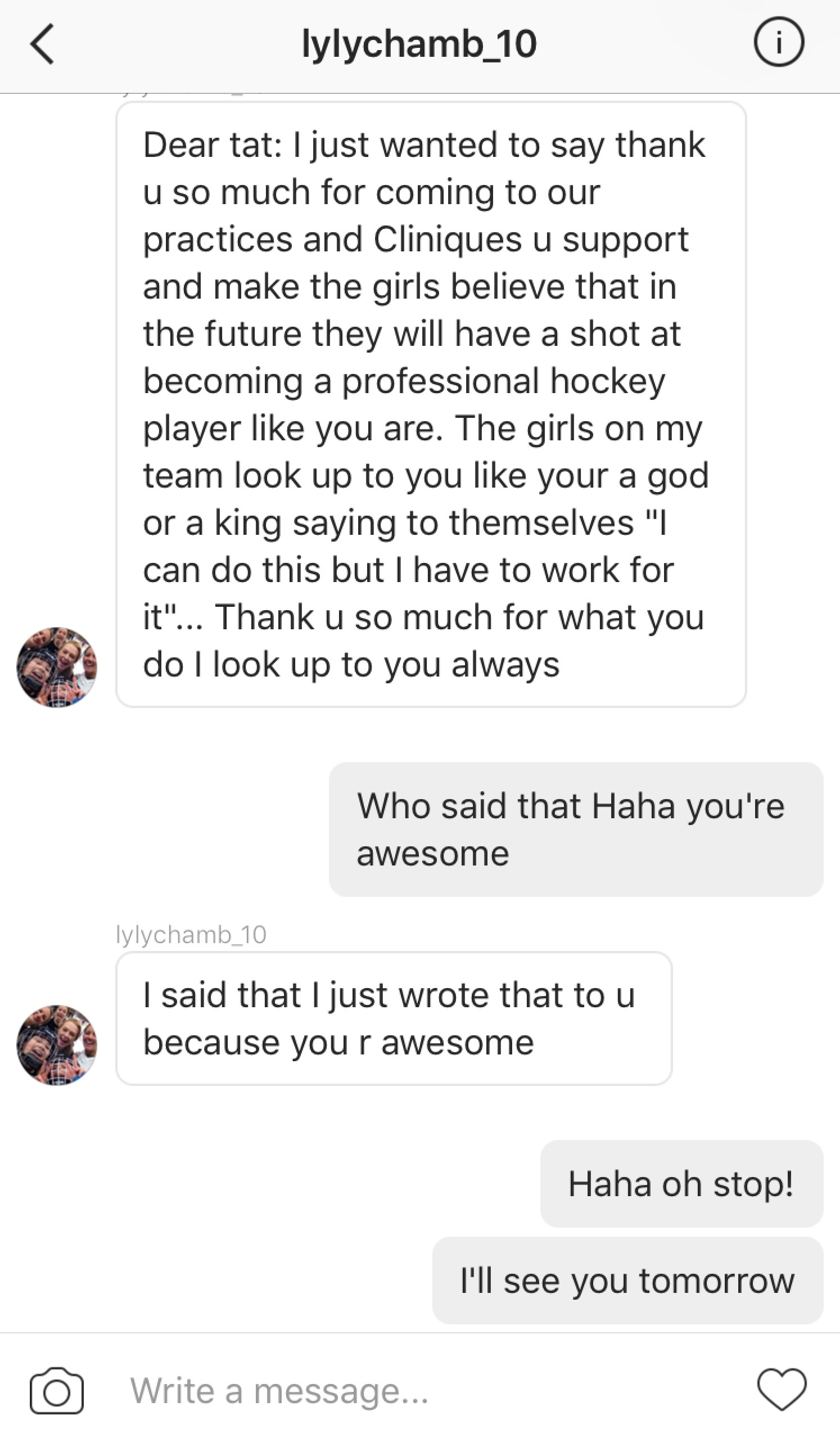 (These are some awesome messages I exchanged with a U12 Buffalo Bisons player I coached this past year. She DEFINITELY made my day when she sent these, haha! This does show you a bit about how you can impact kids lives. These messages were sent before Lyv and I got to know each other well. We grew close over the season and we are pen pals via email currently! She loves the game and I am glad I get to share it with her.)

I am sending out this letter to you because it is such an exciting time to be in your shoes. From the young gun freshman to the super seniors heading into their final year, I challenge you to think about your upcoming season and what goals you have set for yourself.

By the time you graduate from your university hockey programs there will be two leagues in place for you to play in. The CWHL has now been around for 8 years now. Another league is now in place called the NWHL, which I played in last season for the Buffalo Beauts as a part of the founding four teams. The women's hockey market is so largely untapped and I believe that in the near future you will keep seeing the market for women's hockey expand, grow and develop. You will also see how many people are pushing for us to have the opportunity to be financially compensated as professional athletes.

My advice to you is to keep working hard, pushing the limits and don't take your opportunity to play at university for granted. I say this because although we don't know what the future of women's hockey holds, something big may be just around the corner. The concept of what playing pro entails for a female hockey player is changing and evolving pretty rapidly.

With all these changes within the framework of the women's game, there are now more things we have to think about. There is a responsibility attached to being financially compensated for our talents. This responsibility is to fulfill the role of a hockey pioneer. A hockey pioneer is someone who embodies the growth of the game. In a sense, you need to be willing to push yourself towards an end goal that may not be a possibility for you. However if you push hard enough to grow the game, then maybe playing hockey as a career may be possible for your daughter.

I'm a strong believer that this doesn't just have to do with the on ice part. A huge part of your hockey career has to do with what you do when you aren't at the rink. I challenge you to be the best player you can be on and off the ice. Whatever league or level of hockey you are playing in, you are an ambassador of the sport and you never know who is watching. The eyes that are watching you the most are upcoming players who will grow to idolize you and be motivated by you. It is very special and powerful idea that you can have such a powerful impact on these upcoming players. Especially if we want the sport to continue grow, committing to thinking of yourself as a role model is big piece to making that happen.

What are your current expectations of yourself as a person and as a player? Evaluate your actions, expectations and personal goals you have set because there is opportunity to have a hockey career past the university domain. It's inspiring to think of a world where playing hockey could support you financially.

As I said earlier, thinking about playing hockey after our university careers is relatively new concept. That's why I wanted to write this letter to you. I want you to think about the opportunities that you have and the future that you want. I hope that my words have made you think.

Why can’t you be a pro hockey player?